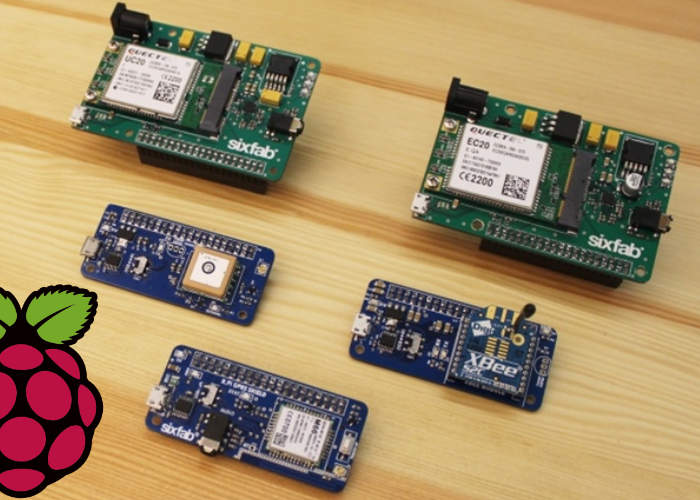 Makers, developers and hobbyists that enjoy using the Raspberry Pi to create Internet of Things projects may be interested in a new range of IoT shields which have been created by the development team at Sixfab.

The Raspberry Pi Internet of Things Shield Family has been specifically designed to be used with the awesome mini PC range of Pi computers allowing you to easily add connectivity to anything you may be creating.

Watch the promotional video below to learn more about this new range of hardware which is launched by Kickstarter this week to raise the $50,000 it requires to make the jump into manufacture. The developers from Sixfab explain more about what you can expect from their new range of Internet of Things Shields.

The Sixfab Raspberry Pi IoT Shield Family was made specifically to add connectivity to your IoT projects. You can now connect wherever and whenever without the need for a wifi network or ethernet cables. With our added capabilities, the IoT Shield Family will also work with other devices, not only the Raspberry Pi. This Kickstarter will allow even a beginner to enter the Internet of Things universe easily and efficiently with easy-to-use interfaces and instructions. We’ve also made all software open source, embracing the maker spirit.

For more information on the new Sixfab Internet of Things range jump over to the Kickstarter website for details by following the link below. If you enjoy building Pi projects you might be interested in our comprehensive list of Raspberry Pi displays, HATS and small screens.