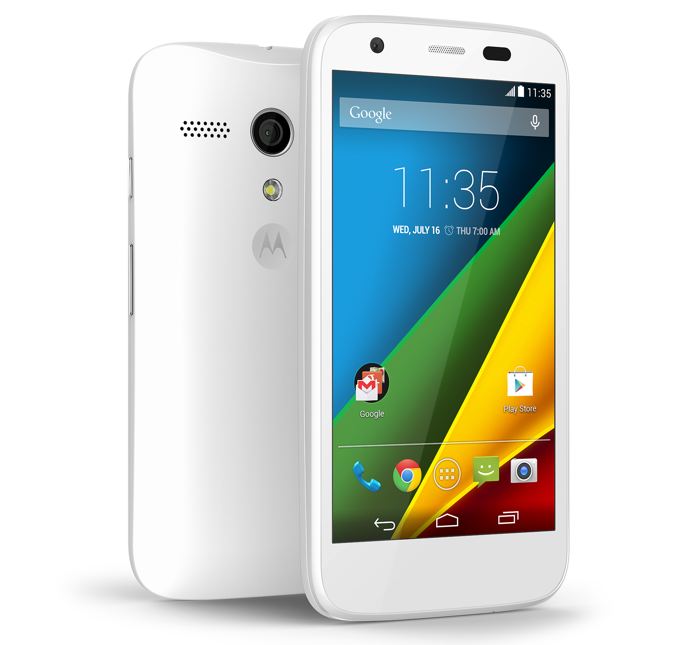 The SIM free version of the Motorola Moto G LTE is now available in the UK, the handset is available from various mobile retailers unlocked, and it is also available from some mobile carriers.

The unlocked Moto G LTE retails for £155 in the UK, this price includes taxes, and as it is unlocked, you can use it with any of the mobile carriers that support 4G LTE without the need for a contract.

The Moto G LTE comes with the latest version of Google’s mobile OS, Android 4.4 KitKat, and the handset features a 4.5 inch high definition display with a resolution of 1280 x 720 pixels.

Powering the 4G version of the Moto G is a quad core Qualcomm Snapdragon 400 processor with a clock speed of 1.2GHz, the handset features 1GB of RAM and 8GB of built in storage, if you need more storage, the device also comes with a microSD card slot.

Other specifications on the Moto G LTE include front and rear facing cameras, on the front of the handset is a 1.3 megapixel camera, on the back of the device is a 5 megapixel camera with a flash and auto-focus.

You can find out more information about the unlocked 4G LTE version of the Motorola Moto G over at Unlocked Mobiles and Clove at the link below, the device is also available from some of the mobile carriers on contract.