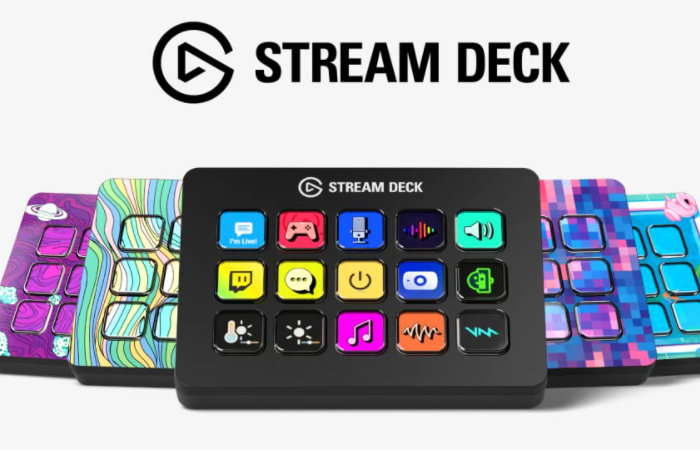 The Elgato Stream Deck MK.2 is equipped with 15 LCD providing users with “one-touch tactile operation lets you control apps, launch social posts, adjust audio, mute your mic, turn on lights and so much more”, together with visual feedback confirming each and every command you carry out. Plug-ins available for Stream Deck MK.2 include the Elgato 4KCU, OBS, Streamlabs, Twitch, YouTube, Twitter, Spotify, Philips Hue, and many more.

“Stream Deck features a removable faceplate that you can switch out and modify with ease. Choose from a growing range of epic designs, or slap on some paint and decals to create your own. Change faces whenever the mood strikes and completely personalize your Stream Deck with custom icons and screensavers.”