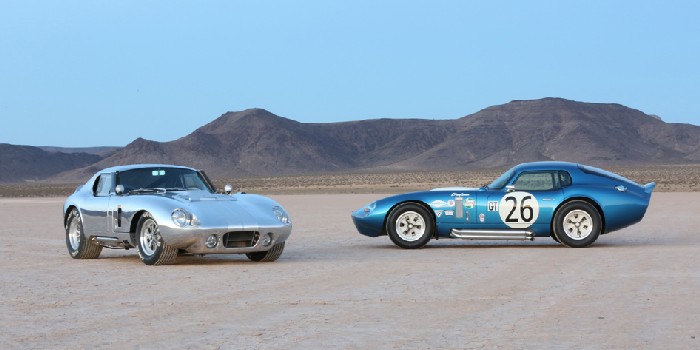 One of the most successful and sexy of all American designed and built cars to see duty on the racetrack of the 60s was the Shelby Daytona. The Daytona was a version of the incredibly successful Shelby Cobra with a roof and more aerodynamic bodywork. The Daytona laid waste to Ferraris, Jags, and many of the other heavy hitters of the day.

Daytona coupes are very rare today and a legitimate example can cost huge amounts of money. To celebrate the 50th anniversary of the Daytona Coupe, Shelby American is building 50 brand new examples of the car. There will be two varieties offered with a fiberglass-bodied car starting at $180,000. An aluminum bodied version will set you back $350,000.

That is certainly a lot of money, but considering only six original Daytona cars were built and the last went for $7 million at auction, the new ones are a steal. The new Daytona will feature modern disc brakes, updated frames, and an improved leather interior. Power will come from an aluminum 289 V8, I’d rather have a 427 under the hood, these are reproductions that have been modernized after all.