Shazam has announced the launch of their Shazam App on Microsoft’s Windows Phone 8 platform, the app comes with a range of features, including the ability to purchase music direct from Xbox Music, or Nokia Music on a Nokia Windows Phone 8 device. 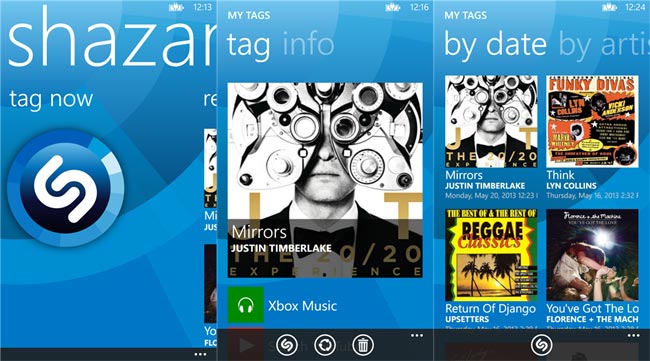 “We are incredibly excited about this launch as it brings so many of Shazam’s key features to Windows Phone 8 fans,” said Daniel Danker, Chief Product Officer for Shazam. “Windows Phone 8 users now have access to a great smartphone experience, from faster tagging and a new interactive map, where users can discover the music people are listening to around them. This is more than just the music that’s already popular; these are often songs people are discovering for the first time.”

Shazam is available as a free download for Windows Phone 8 and you can find out more details about the app over at the Windows Phone Store.