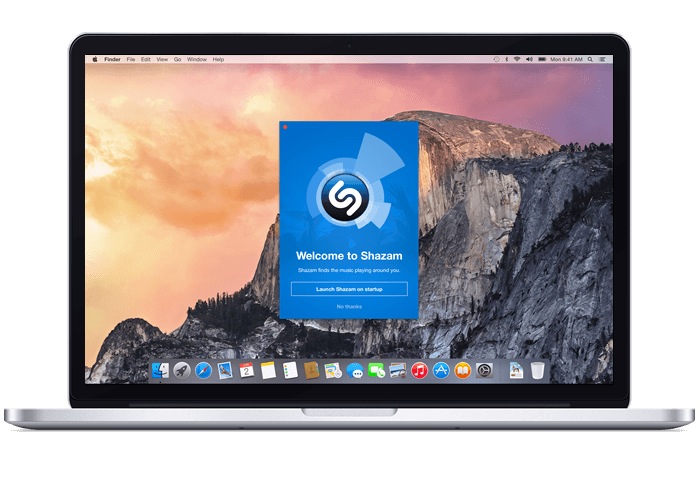 After releasing versions of their music recognition software on other platforms Shazam has this week released a brand new app in the form of Shazam for Mac.

The Mac Shazam app brings with it all the features that you would expect that are included in its previous incarnations, which are already available for Windows, Android and iOS devices.

Shazam for Mac has been designed to quietly run behind the scenes and is accessible via the Mac menu bar when running. Shazam will automatically spring to life when it discovers a song you should know about, creating a playlist as it goes which you can then modify to suit your taste and preferences.

Other features of the Shazam for Mac app include the ability to access lyrics, music videos or to buy tracks on iTunes with just one-click as well as have instant seamless access to “all the music that makes up the world around you.” say its creators.

“Download Shazam, and bring the magic home. The app you’ve come to rely on as your go-to music expert has been given a major upgrade for your Mac. Catch the music and TV playing around you without ever digging a phone out of your pocket. Go nuts, match it all.

Catch the music and TV playing around you without ever digging a phone out of your pocket. You can now Shazam from your computer and effortlessly find it, share it, and buy it.”