Sharp has today announced that their new Sharp  4K 32″ LCD touchscreen monitor which was first unveiled way back in CES earlier this year will support Apple’s OS X operating system.

Unfortunately no exact dates have been announced by Sharp for the release of the drivers that will allows the 4K monitor to support Apple’s OS X operating system as well as the monitors pen stylus input features. 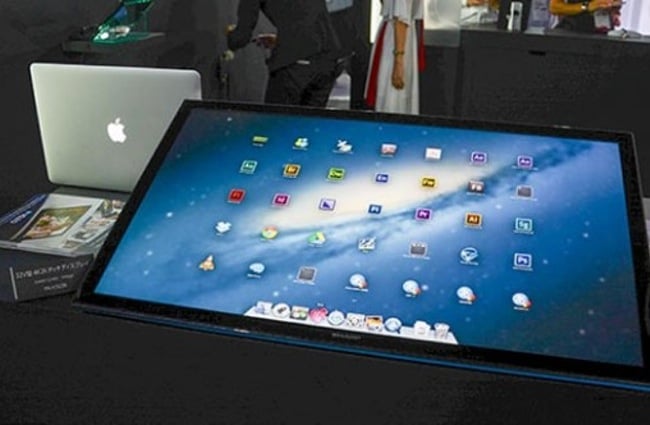 But Sharp has confirmed they are currently developing drivers for the Apple OS X operating system and that they will definitely be releasing them sometime in the future.

Enabling Apple systems to support the displays a massive Ultra HD resolution which is made up of 3840 x 2160 pixels. To learn more about Sharps new Sharp 4K 32″ LCD touchscreen monitor watch the video interview below which was created whilst Sharp was showcasing their new monitor and this years CES event in January.

For more details and full specification on the Sharp 4K monitor jump over to the Sharp World website for a specification PDF to download and view. When Sharp announces an official release date for the new Apple drivers that will support their new Sharp for 4K monitor and pen input we will keep you updated as always.