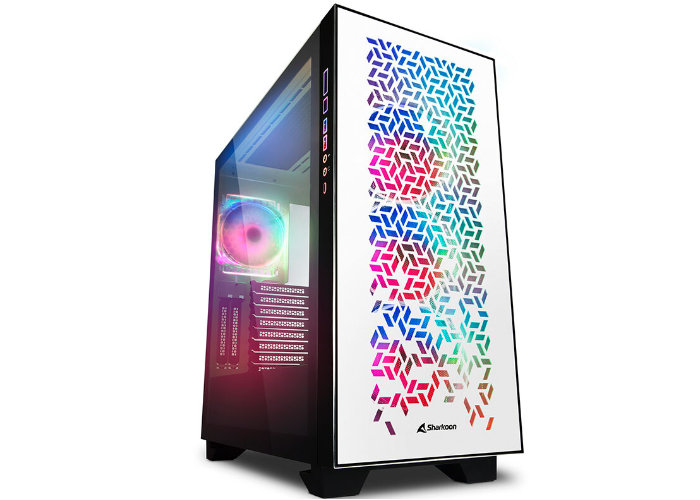 Sharkoon has launched a new PC chassis this week in the form of the Elite Shark Elite Shark CA300H PCV PC case which is now available to purchase priced at €154.90. The interior of the CA300H PC case offers plenty of space for components including graphics cards up to a length of 42.5 cm can be accommodated, together with a 24 cm long power supply or a 16.5 cm high CPU cooler. In addition, up to seven 2.5″ SSDs or up to four 3.5″ hard drives.

For a continuous airflow, three RGB LED fans in the front and one RGB LED fan at the rear of the case are pre-installed inside the CA300H. Moreover, the opened top panel, with its perforated cover, offers sufficient space for locating additional fans or a radiator. The three 120 mm RGB LED fans pre-installed in the front can also be replaced by larger ones with a diameter of 140 millimeters. As an option, an up to 420 mm radiator can be installed behind the front panel, while an up to 360 mm radiator can be installed under the top panel. 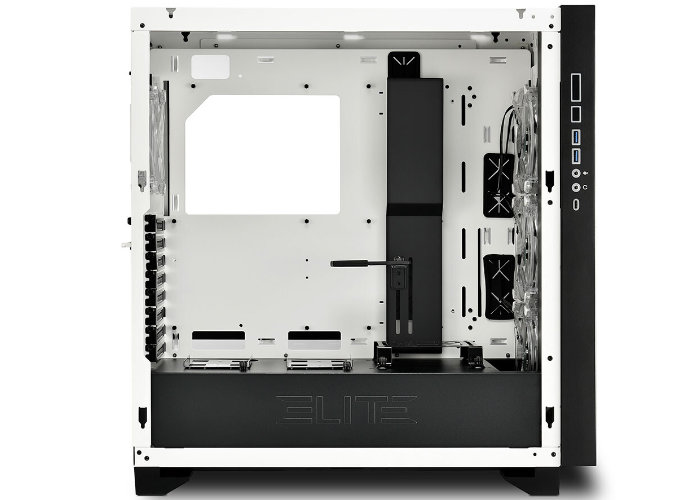 “Hardware which has been built into an ELITE SHARK case deserves to be seen. Therefore, we have outfitted the CA300H with two tempered glass side panels. The left side panel provides full insight into the interior of the case so that installed components can be perfectly displayed. With the right side panel, the lowest area of the tempered glass is toned in black so that the components inside the power supply tunnel do not distract from the overall visual effect of the case. SSDs with RGB elements or imposing HDDs come here into their own. Cable tangles don’t have a chance: Cabling can simply disappear inside a roomy cable compartment, which can be opened and closed, as well as behind a movable cable cover. In order to not have any unnecessary elements in the field of vision, the side panels are fitted without screws on their surface or at the back the case and are quickly and easily attached to the case frame in a few simple steps.

From the outside, the case aims to impress with an overall appearance of sturdiness combined with elegance. The side panels are made of tempered glass, allowing an optimal view into the interior of the case. The top panel of the CA300H is made of metal, while the frame of the front panel is made of polished aluminium. The aesthetic highlight of the case is provided by the ornate geometrical pattern on the front panel, which is emphasized by the light of the addressable RGB LED fans which are installed behind it. The LEDs of all the fans, the I/O panel and further RGB components can be adjusted as desired via the addressable RGB controller.”