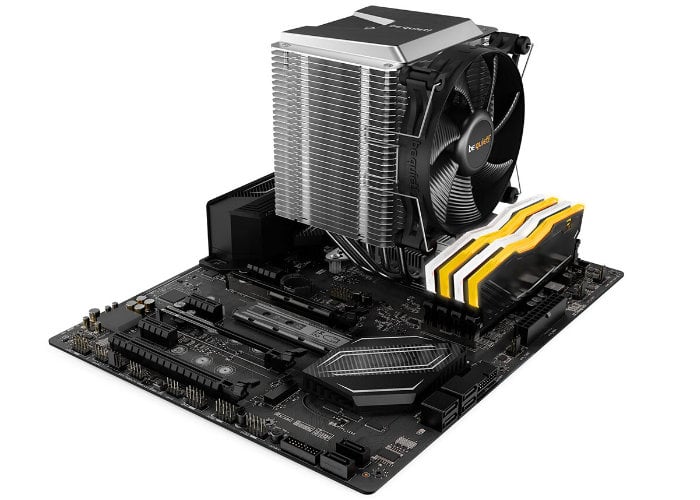 PC component manufacturer be quiet! has unveiled a new addition to its range of CPU coolers announcing the imminent availability of the Shadow Rock 3. Designed for the mid-range CPU cooler market the new cooler features a redesigned heat sink and heat pipe layout and a Shadow Rock 2 fan to increase the rated cooling capacity to 190 W TDP while its asymmetrical design improves compatibility with tall RAM modules. Shadow Rock 3 will be available to purchase early next month from March 3rd 2020 priced at $49.90, €49.90 or £45.99 depending on your location. 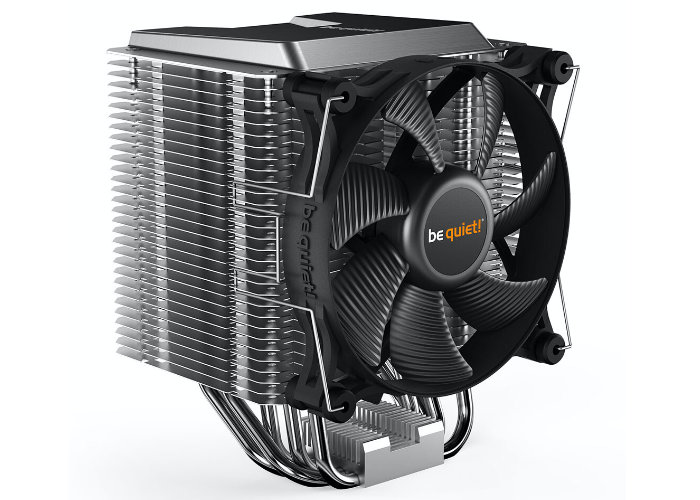 “In contrast to Shadow Rock 2, where the heatsink is placed centered above the base plate, Shadow Rock 3 uses an asymmetrical design, which moves the heatsink back towards the exhaust of the case for unobstructed access to the memory slots in front of the heatsink. This guarantees maximum compatibility with high-performance memory modules, including RAM with tall heat spreaders or LED lighting.

be quiet! does not just place emphasis on performance, but also on build quality, appearance, and ease-of-use. Installation is simplified thanks to a top mount design with included screwdriver. The top cover of Shadow Rock 3 is made from brushed aluminium and features a bi-color surface treatment for a unique visual design. The cooler is compatible with all current CPU sockets from Intel and AMD (except TR4 and sTRX4) and fits best on motherboards for mainstream processors with up to four memory slots.”