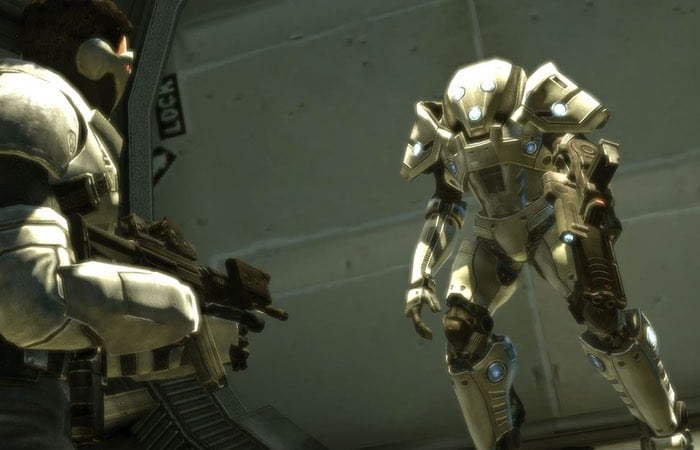 Developer ChAIR and publisher Epic Games have today released the Shadow Complex Remastered edition which is powered by the Unreal games engine and is now available to purchase via the Xbox One store.

Shadow Complex was initially released as an exclusive for the Xbox 360 console way back in 2009, and since then has won over 50 Game of the Year and Editor’s Choice Awards. and will now be available to play on PS4, Xbox One and PC.

The game takes the form of a side scroller that provides players with the ability to discover dozens of unique game-altering power-ups and over 100 additional items and enhancements. All and powered by Epic Games’ Unreal Engine 3, Epic explains more :

ChAIR’s fresh twist on classic side-scrolling design with modern, cutting-edge gameplay is amplified in Shadow Complex Remastered, featuring all of the content from the award-winning original game, updated with graphical enhancements, all-new dynamic melee take-downs, and additional Achievements and Master Challenges. Through 10+ hours of exploration and fast-paced combat, players discover game-altering power-ups to overcome obstacles, thwart legions of enemies, and delve further into a mysterious and challenging, non-linear game world.

Shadow Complex Remastered propels lost hiker Jason Fleming into the hollows of government conspiracy, dark political motives, and military upheaval. When Jason and his girlfriend Claire accidentally stumble upon a rogue paramilitary group called The Restoration, it soon becomes clear that the faction’s intent is to set in motion a chain of events that will cause America to collapse into a new civil war. Along the way, Jason acquires many high-tech “toys” The Restoration is developing, and eventually becomes a super-powered engine of destruction.

For more information on the new Shadow Complex Remastered Xbox One game jump over to the Major Nelson website for details and the Xbox Store to purchase.