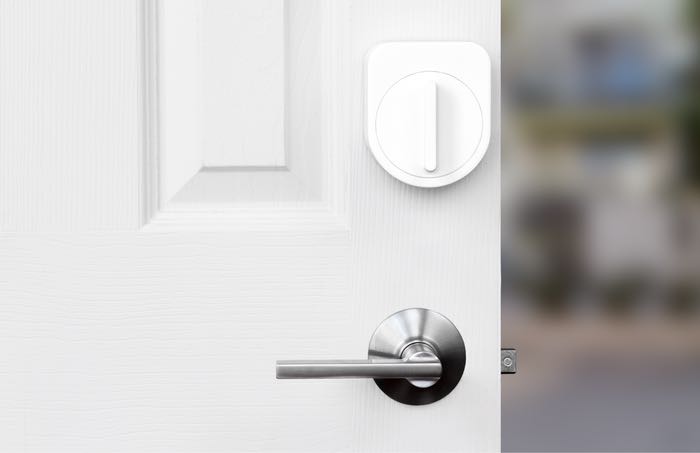 Sesame is a new smart lock for your house and the device replace traditional locks and comes with a smartphone app that replaces your house keys, the device works with existing locks.

The Sesame smart lock is buy a company called Candy House Inc and the device is being funded on Kickstarter and has already passed its $100,000 goal.

The Sesame smart lock  is fitted to the inside of your house, so you do not need to replace your existing locks, and it comes with a built in battery which will last for up to 500 days, the device is designed to work with deadbolt locks.

You can also share access to your house using the smartphone app, so if someone who lives there forgets their keys they can use the Sesame to enter the house.

The Sesame smart Lock will retail for $149 when it launches, although it is available now with early bird offers on Kickstarter for $89.