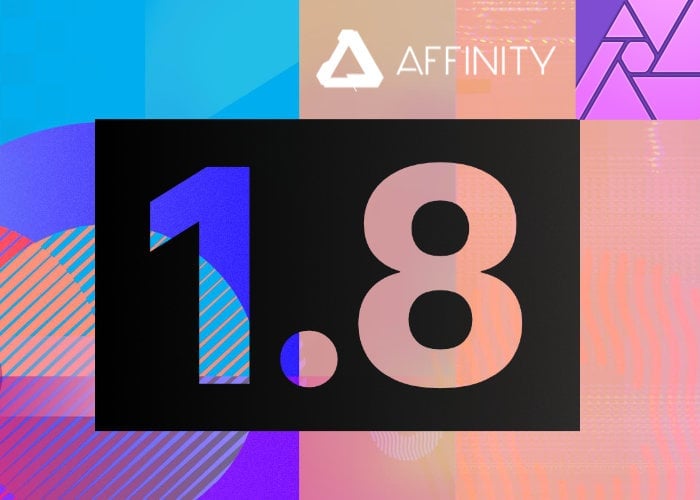 Developers at Serif responsible for creating the awesome Affinity suite of applications including Photo, Designer and publisher of announce the release of a new Affinity 1.8 update which brings with it a wealth of new features. Including IDML import and a new Preflight panel for Affinity Publisher, expanded stroke improvements and a new Stock panel for Affinity Designer as well as PSD smart object import and lens correction improvements for Affinity Photo not forgetting template support and new document dialogs for all the apps.

Other new features in Affinity Publisher include:

– Full preflight checking will throw up live instances of possible errors in a document, such as poor image resolution, bleed hazards, overflowing text, spelling errors, missing images or font resources, and more.
– Ability to save documents as templates to re-use time and again on future projects.
– Combine multiple Affinity Publisher documents together into a single file, with smart merge of master pages, text styles, table of contents and indexes.
– Excel (xlsx) file import to instantly bring in tables of data from spreadsheets.
– Many other improvements and fixes, including PDF export being up to five times faster than before.
– Affinity Photo and Designer also get v1.8 updates today, maintaining the suite’s unique single file format between the apps, which also boast the revolutionary StudioLink technology allowing access to Designer and Photo tools directly in an Affinity Publisher layout.

Some of the other features added today include:

– PSD import now includes smart object support, maintaining the full resolution and editability of layers within any object.
– Affinity Designer adds a new stock panel to instantly search and drag and drop stock imagery into your work.
– Affinity Photo and Designer on iPad get the ability to customise keyboard shortcuts, in the same way as you can on Windows and Mac.
– Affinity Photo now has full compatibility with the latest Nik Collection plug-ins, following a collaboration between Affinity developers and Nik owner DxO.
– Affinity v1.8 apps are available to buy now for a one-off payment with no subscription. Existing users can download the updates free.