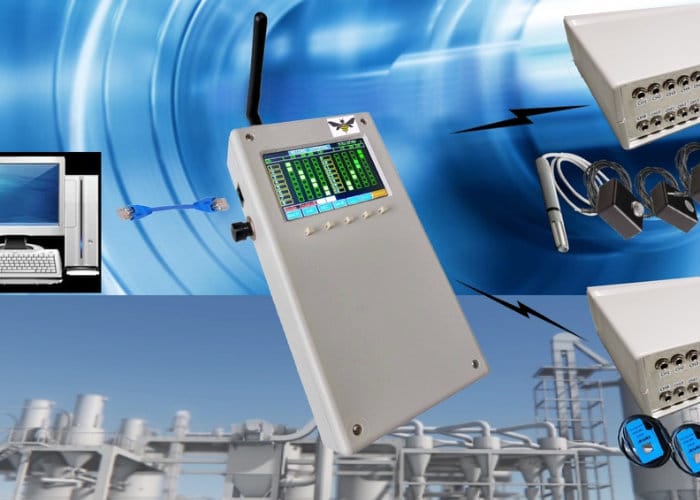 Kevin Conkin and team based in Calgary, Canada have created a new wireless graphical network-based sensor and logger called the SensorBee. Designed to provide a web accessible graphical wireless node-based data collector which can be used for both home and industrial sensor data collection applications. Watch the demonstration video below to learn more about the SensorBee wireless graphical network sensor, which is now available to back via Kickstarter with early bird pledges available from £282 or CAD$500.

Inspiration for the network graphical sensor and logger came after the team tried “to collect data from industrial equipment economically. Current Data collection(SCADA) equipment was found to be very expensive. Let alone the added cost of wiring. We just needed to monitor a couple of temperatures, ampacities, voltage and humidity levels, off some equipment.”

The data collected by the sensor can be visualised at the collector in tabular format or graphically and can be stored at data intervals the user presets (Currently 1,15,30,60 minutes).  The sensor has been tested with all the major browsers including Google’s Chrome, Apple Safari, Mozilla and Internet Explorer. The minimum system is a 14-channel single-node and one graphical data collector/Viewer. The maximum system would be limited only by your network IP, subnet range, base system say its developers.

For full specifications, more information and a full list of all available pledge options jump over to the official Kickstarter crowdfunding campaign page by following the link below.