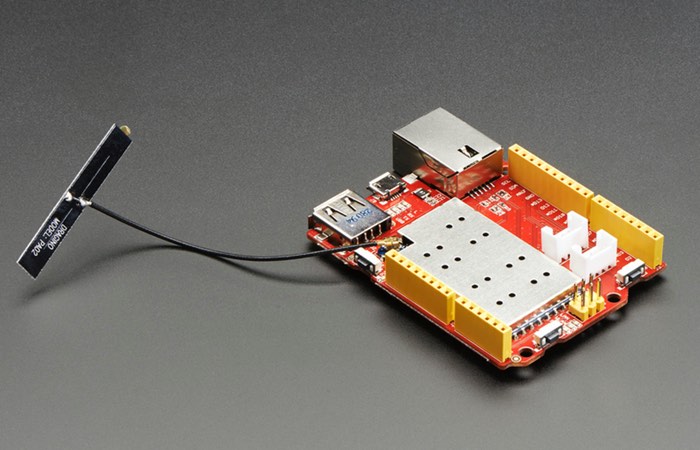 Adafruit has this week announced the arrival of the new Seeeduino Cloud development board which is compatible with the Arduino Yun and takes the form of a micro-controller based around the Dragino WiFi IoT module HE and the classic ATmega32u4.

The Seeeduino Cloud is now available to purchase priced at $69.95 from the Adafruit online store and offers an Arduino compatible add-on board with built-in ethernet and WiFi support. 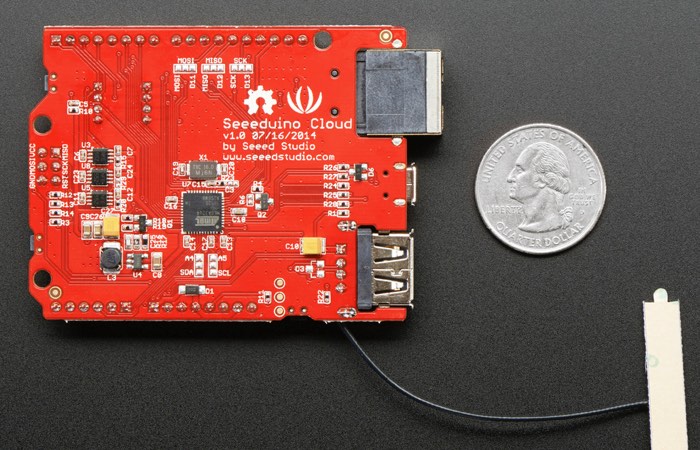 There’s also a USB-A port that makes it good for designing prototypes that need network connection. You can use this as a compatible board the now-discontinued Arduino Yun. The HE – which means “core” in Chinese – is a minimal system that’s compatible with 802.11 b/g/n. The chip has a rich interface such as Ethernet, USB, UART, and lots of GPIO pins.

A Linux machine is embedded directly on the PCB of the Arduino Leonardo. They are connected so that from the Arduino side it’s very easy to run commands on the Linux side and use it as an Ethernet and Wifi interface.

Historically, interfacing Arduino with complex web services has been quite a challenge due to the limited memory available. Web services tend to use verbose text based formats like XML that require quite a lot or ram to parse. On the Cloud, you can use the Yun Bridge library which delegates all network connections and processing of HTTP transactions to the Linux machine.

The board can be programmed with an USB cable to the Arduino IDE or through the Wifi connection without the need to physically access the board. The new Arduino 1.5.4 IDE has the ability to detect the Cloud connected to the local network.

For more information on the new Seeeduino Cloud board jump over to the Adafruit website for details via the link below.  If you liked this you might also be interested in building an Arduino wind speed meter