Judging by how many R2D2 posts have gone up here at Geeky Gadgets, it’s a minor surprise that a new use for the iconic droid has found its way to our oft distracted attention. Standing before you is the R2BQ, a backyard abomination prettied up for maximum Star Wars effect. What does it do? It’s an empty fifty five gallon oil drum that’s usually a fixture in backyard bbq’s on the cheap. 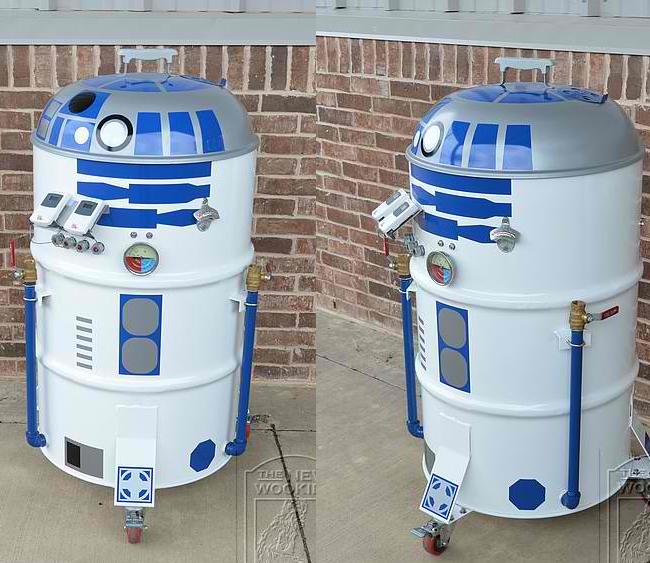 Dubbed a UDS (for Ugly Drum Smoker), pictured above is one of the simplest and most popular rigs for bbq’s. The ugly oil drum that the R2BQ redeems might be a little too shabby for anyone’s taste, so it got a little George Lucas treatment. Such was the fix up meted out by this Philip Wise fellow who wanted a little more geek in his backyard shenanigans.