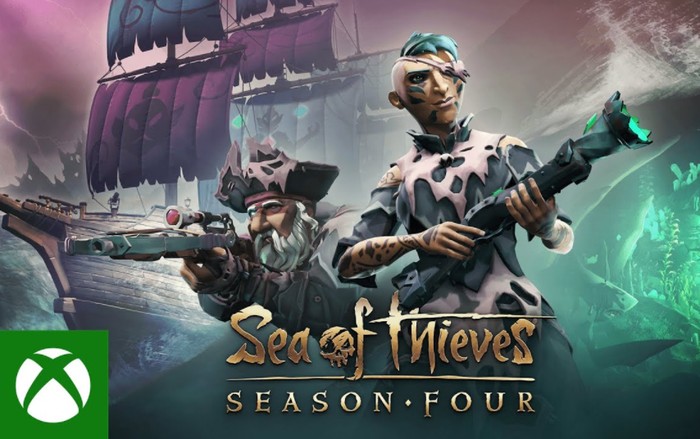 Sea of Thieves Season Four officially launched this week September 23rd 2021 and is now available for free to all pirates with Xbox Game Pass and across Xbox Series X|S, Xbox One, Windows 10 and Steam. Adventures in the latest update to the pirate game invite you to Dive into the Sunken Kingdom to solve puzzles and unearth the secrets of its Siren Shrines, or battle through waves of Ocean Crawlers and Sirens to raid the Siren Treasuries.

“Seasonal progression allows all players to earn Renown and rewards, with a fresh array of Trials and Deeds to boost progress and an optional Plunder Pass to expand the reward pool.”

Pirates can also plunder the Siren Treasuries, battling waves of Ocean Crawlers and diving to the Sirens to claim the new Coral treasures kept within.

“As with previous Seasons, Season Four lays out 100 levels of progression-based rewards obtainable by simply living the pirate life and accruing Renown, and also offers an optional Plunder Pass packed with premium goodies not yet available anywhere else! Find out more about the workings of Seasons and the Plunder Pass in our Seasons Explained and Plunder Pass Explained articles.”

“First experienced as part of the Tall Tales added in Season Three, the Sunken Kingdom now expands with numerous new areas accessible at any time in Season Four. Locations marked on the ship’s map and visible shimmering spots on the ocean’s surface indicate where pirates can dive down to investigate this mysterious undersea realm.”

“Within the Sunken Kingdom are six Siren Shrines, each one filled with puzzles to solve and mysteries to uncover, and a cache of deep sea treasure available for anyone who manages to breach its heart. Undersea adventurers will need to be alert at all times, as the Sirens do not go easy on intruders!”