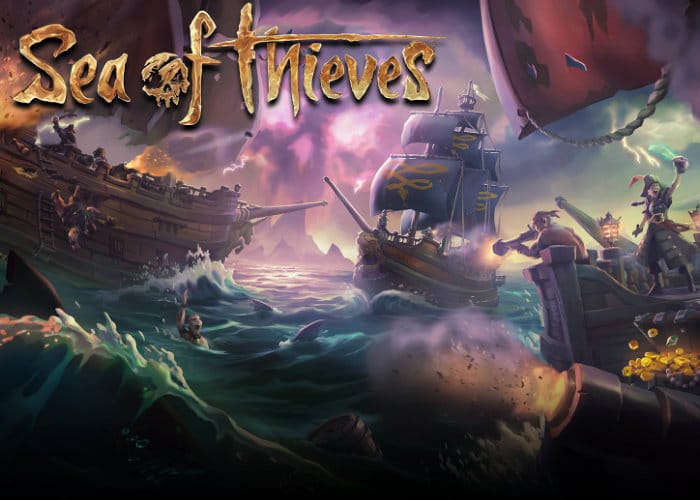 If you have been enjoying the closed beta development stage of the new Sea of Thieves online multiplayer game which will be launching in a few months time on PC and Xbox One consoles. Sea of Thieves will be officially launching on March 20th, 2018. You may be interested to know that developer Rare, and Microsoft has confirmed the minimum PC specifications you will need to be able to enjoy the pirate adventure game.

As well as announcing the minimum PC specifications for Sea of Thieves the closed beta gameplay will continue tomorrow allowing 332,000 people to engage in the fun. Developer Joe Neate explained in a new Sea of Thieves development update video “We’re keeping a very similar feature set – there’s still one trading company. The purpose of it is to test scale, we’re expecting people may see problems, which is good for us – though maybe not for you.” Check out the developer update below to learn more about what you can expect over the next couple of weeks. 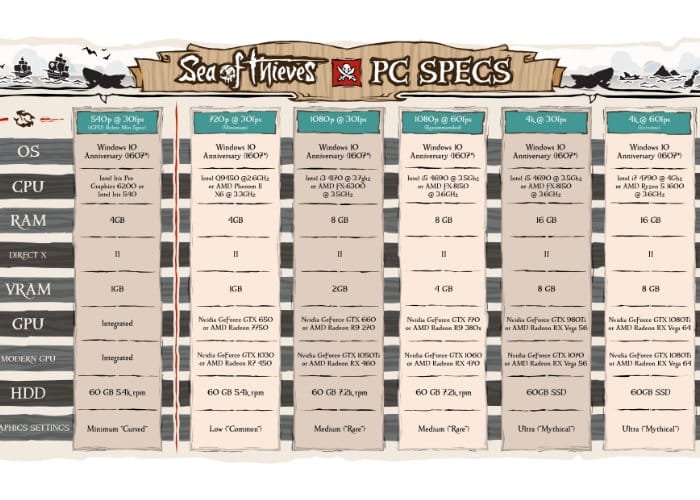 With regards the minimum PC specifications you will need to be able to play the Sea of Thieves game, Rare has provided extensive information about possible configurations and the game can even be played on Intel’s integrated graphics, according to Rare, at 540p with minimum details. To enjoy 1080p @ 60fps the games developers suggest that you have an Intel i5 4690 or an AMD FX-8150 with 8GB of RAM and an NVIDIA GeForce GTX 770 or an AMD Radeon R9 380X graphics card.