I really like my iPad, but I don’t have the need to carry the thing everywhere. I usually have my iPhone on me and can do most of the same tasks with it. If you do want to carry your iPad with you everywhere and like the idea of the iPad 3G in your car Scosche has a new product for you.

Scosche is showing off a new in-car mount for the iPad. In the video the mount replaces a double DIN car stereo in a Subaru. The iPad then clips to the base and gets power from a USB port in the mount. 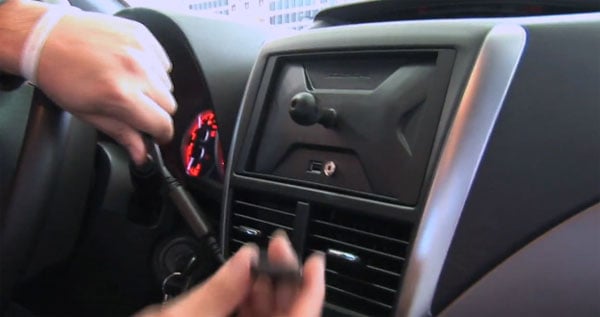 The iPad can be used in portrait or landscape modes with the mount. I think the iPad looks pretty strange attached to the dash of a car, not something I would want in my car. A single DIN version is coming as well.