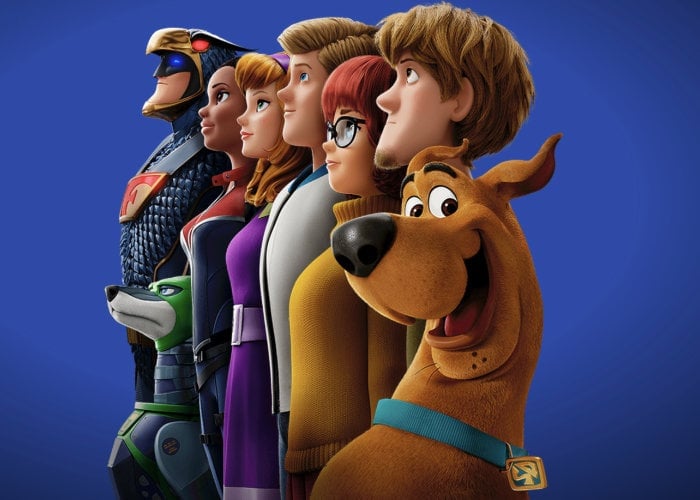 Warner Bros. has published the final trailer for the upcoming SCOOB! movie that will be premiering on digital services worldwide next month from May 15th 2020 onwards, rather than a theatrical release due to the coronavirus pandemic. The voices are provided by Frank Welker the only member of the original cast to reprise his role, Will Forte, Gina Rodriguez, Zac Efron, and Amanda Seyfried as the Scooby gang, with Mark Wahlberg, Jason Isaacs, Kiersey Clemons, Ken Jeong and Tracy Morgan as other classic Hanna-Barbera animated characters.

“Since childhood, Shaggy Rogers, Fred Jones, Velma Dinkley, and Daphne Blake have been solving mysteries across the globe with Shaggy’s pet dog, Scooby-Doo, but their greatest mystery together comes in a turn of events when the Blue Falcon recruits Shaggy and Scooby to thwart Dick Dastardly from causing a global “dogpocalypse”.”

“SCOOB!” reveals how lifelong friends Scooby and Shaggy first met and how they joined with young detectives Fred, Velma and Daphne to form the famous Mystery Inc. Now, with hundreds of cases solved and adventures shared, Scooby and the gang face their biggest, most challenging mystery ever: a plot to unleash the ghost dog Cerberus upon the world. As they race to stop this global “dogpocalypse,” the gang discovers that Scooby has a secret legacy and an epic destiny greater than anyone imagined.”