Here is another fun geeky t-shirt that would make a great addition to any geeks wardrobe, a must for all the Twitter fans out there, the Say ‘Tweet’ Again T-Shirt. 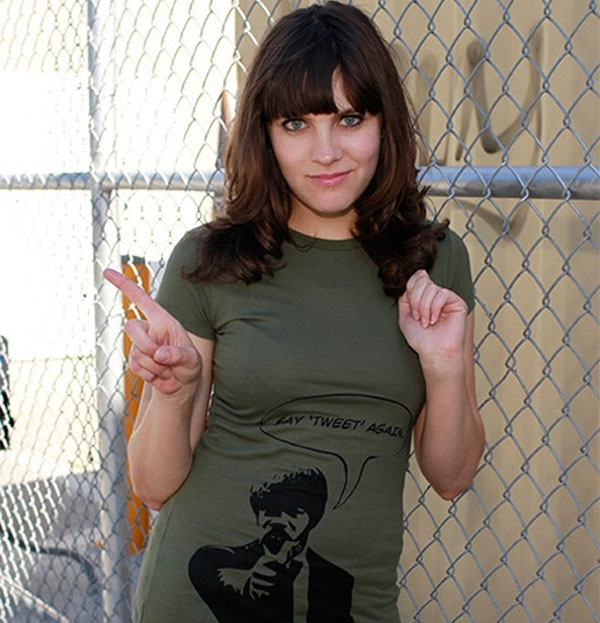 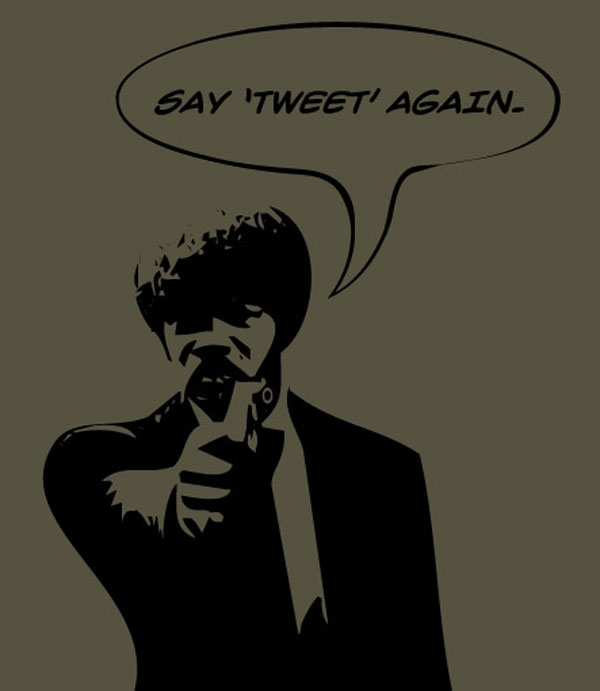 Jules is trying, Ringo. He’s trying real hard to be the shepherd. But this whole Twitter-lution thing is really getting to him. All this talk of “tweeple” and “twiggits” and “tweekends” is unfamiliar to him.

Go ahead, say “tweet” again! He dares you. No, he double dares you — say “tweet” one more time! Because the truth is, you’re the tweak and he’s the twyranny of evil– Argh!!!

If you want one, the Say ‘Tweet’ Again T-Shirt is available for $24 from Headline Shirts.