Comparisons are sometimes unbecoming. In the case of BoardX, however, it’s absolutely needed. Turns out an inventive DIY enthusiast needed a platform with more oomph than your average Arduino chip. What he came up with was BoardX. The BoardX is currently being developed by entrepreneur Kevin Green and a bunch of like-minded roboticists over at Virginia Tech. There is a problem though: BoardX needs funding. 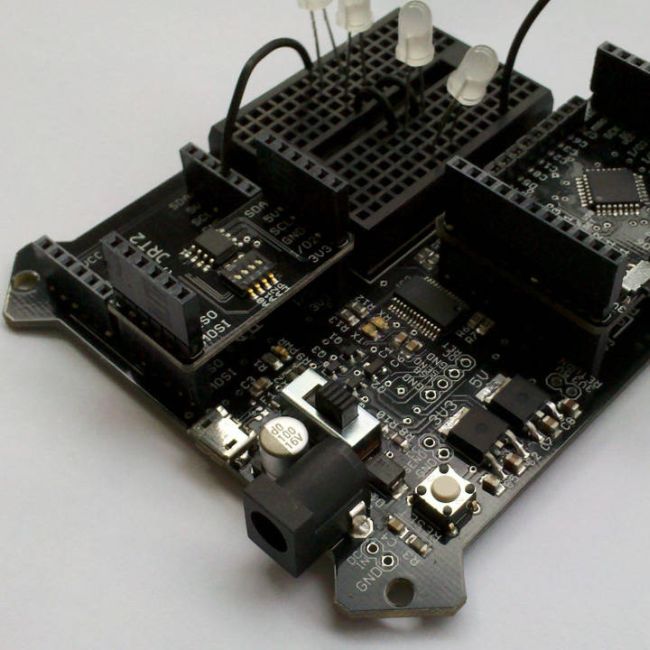 According the official BoardX site:

BoardX is a collection of electronic circuit boards that stack on top of one another to share resources, communicate, and extend the functionality of one another. This system is built on the motherboard that acts as both an electrical and structural foundation. All functionality, including processors, come as add-ons.

True to the Arduino spirit, the 97 x 87.66mm BoardX is being marketed as an open-source platform to stimulate the creativity of its users. Once Kevin green gets enough funding (a generous $20,000) from interested backers, the BoardX goes live for $59. There’s a whole shopping list at the BoardX HQ, check it out.