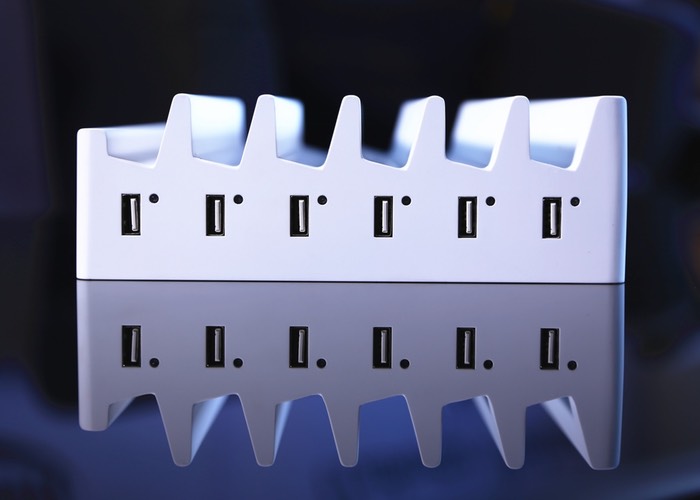 Anyone looking for an all-in-one super fast USB charger to keep multiple devices topped up and charged as well is synced may be interested in a new desktop charging dock in the form of the Sawtooth 6-Port USB charger.

The design of the Sawtooth dock has been inspired by the sawtooth roof architecture from the early 19th century and comprises of a series of ridges to allow devices to be stood inline while charging on your desk. 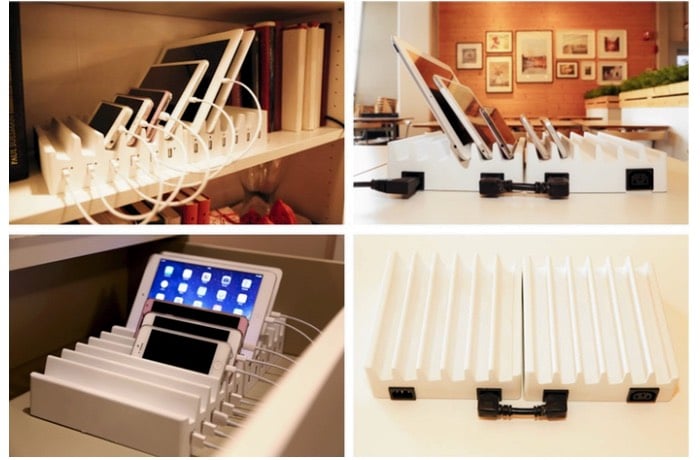 The Sawtooth project is currently over on the Kickstarter crowd funding website looking to raise $10,000 in pledges to make the jump from concept to production. Its currently in the final hours of its Kickstarter campaign and has already nearly double its required funding making sure the charging dock goes into manufacture.

“The Sawtooth dock has six (6) USB ports. Each port is capable of charging up to 3A (amps) of current independently. It’s the first in the market to provide up to 120 watts of power. Each port is equipped with our OptimalPeak technology to automatically detect and select the optimal charging amps specifically for your device.

With Quick Charge 2.0, Sawtooth optimizes charging and maintains good battery cycle life by regulating the power (amps) pumped to the device.  The LED light shows the speed of charging (amount of amps) pump to the device. The higher the amps the faster the LED light will blink.  It should noted most new devices has internal regulator to prevent pumping too much power into the battery and damaging it.

For safety, it has over-current, over-heating, over-voltage, and short-circuit protection. Sawtooth is the only multi-port charger in the market that provides an indicator for each port to show the charging amperage or speed.“

So if you think Sawtooth is something you could benefit from, visit the Kickstarter website now to make a pledge and help Sawtooth become a reality via the link below.