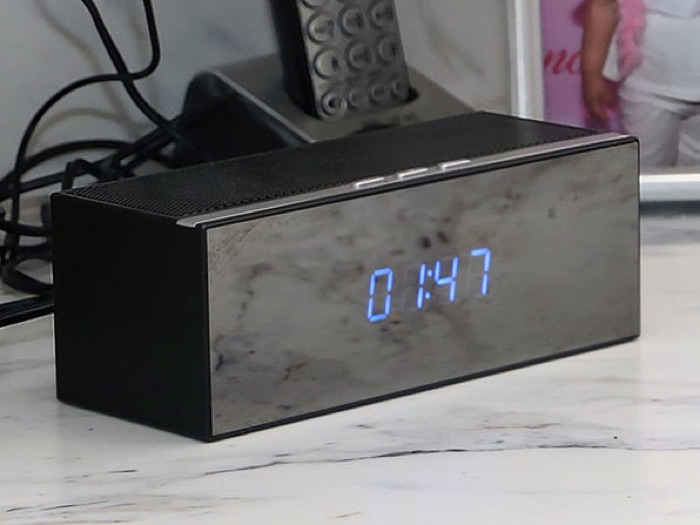 We have a great deal on the LizaCam Hidden Camera/Bluetooth Speaker in the Geeky Gadgets Deals store today, you can save 45% off the normal price.

The LizaCam Hidden Camera/Bluetooth Speaker is available in our deals store for $109.99 it normally retails for $199.99.

The LizaCam might look like a regular Bluetooth speaker, but hidden inside its hardware is a discreet WiFi camera capable of keeping tabs on your living space when you’re not around. Pair the camera to your router, and you can access its feed via the app. Or, if you’re going to be away for a while, turn on motion detection and view the footage saved to a microSD card later.

You can find out more details about the LizaCam Hidden Camera/Bluetooth Speaker over at our deals store at the link below.