Benjamin Stephens, a Ph.D. student in the Robotics Institute at Carnegie Mellon University, has created a robot that is eerily human.

The Sarcos bipedal robot can maintain its own balance while moving, lifting objects or generally frolicking about. It even resembles a human body with the webcam eyes on its head and a complete set of two arms and two legs. As Stephens points out, the robot constantly computes and recomputes to keep itself upright even when it is pushed around. 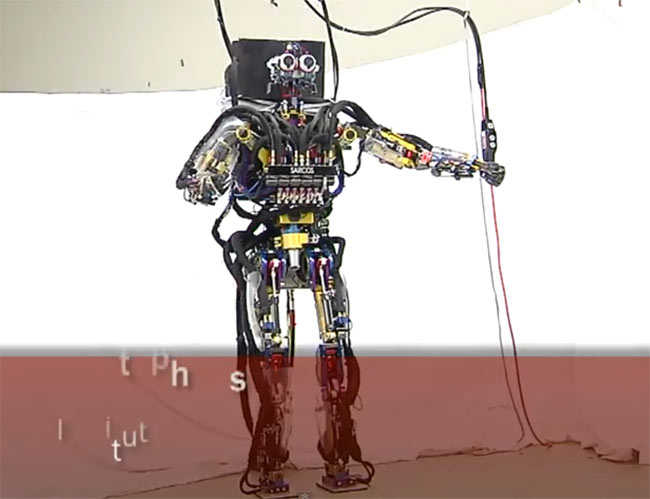 It’s truly amazing that something we take for granted in our daily lives needs a doctorate degree to implement in a mechanical object.

What the device is doing up top is actually a dance, implemented via motion capture to program it into the robot. It’s serene though if you want to curry favor with our future mechanical overlords when the time comes, it’s probably better if you demonstrated martial arts.