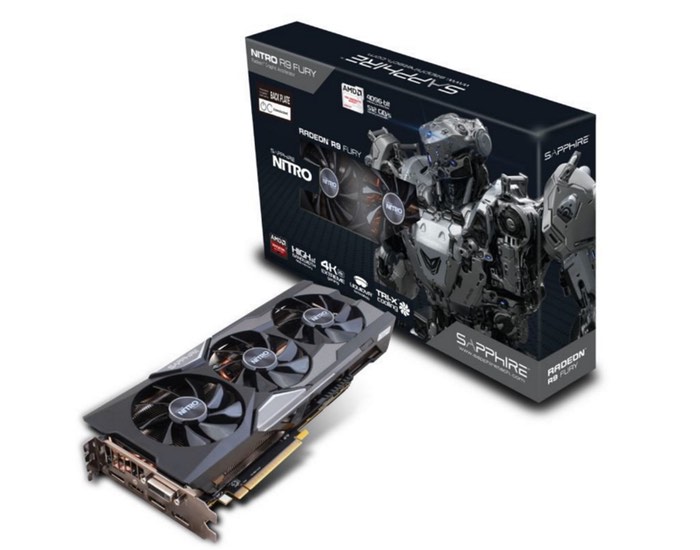 The Sapphire Radeon R9 Fury NITRO graphics card has been unveiled this week which has now become Sapphire’s most powerful Radeon R9 Fury card and even provides more performance than the recently announced R9 Fury Tri-X just a few weeks ago.

The Sapphire Radeon R9 Fury NITRO cards provides a total of 3584 stream processors and comes supplied with a default engine clock of 1050 MHz, but provides plenty of space for overclocking. 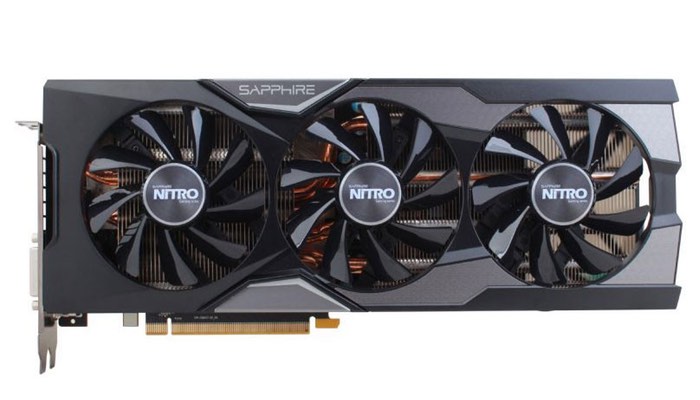 The card is also equipped with 4GB of HBM memory has been clocked at 1000 MHz effective memory clock and is fitted with a single DVI-D and HDMI, plus 3 DisplayPorts. The TechPowerUp website writes :

The cooler features a dense, split aluminium fin-stack heatsink, and three spinners. Under the hood is a custom-design PCB by sapphire, which is slightly longer and taller than AMD’s reference “Fiji” PCB, but doesn’t cover the entire length of the card. This PCB is said to be 8-layer, compared to the 6-layer PCB on the reference-design “Fiji” board. On offer, is a factory overclock of 1050 MHz core, and an untouched 500 MHz (512 GB/s) HBM memory. Another characteristic feature is its display I/O, which includes a DVI connector, in addition to three DisplayPorts 1.2a and an HDMI.

Unfortunately no information on pricing or worldwide availability has been released as yet by Sapphire for the new Radeon R9 Fury NITRO, but as soon as information comes to light we will keep you updated as always.