Sanho has unveiled a new battery pack that will help your keep your gadgets and device topped up with juice on the move. The new Sanho HyperJuice Plug is the worlds first 15,600mAh portable battery pack, capable of charging two iPads simultaneously.

So if you have multiple iOS devices the new Hyperjuice Plug battery pack, might be just the thing you need on your travels while away from the grid. 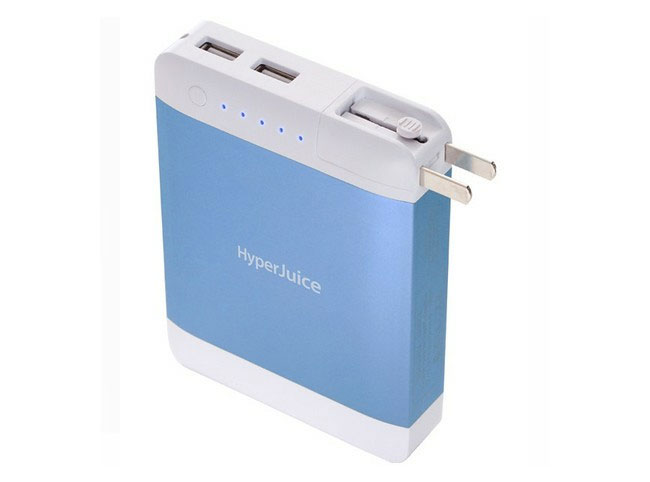 The Hyperjuice Plug battery pack also includes it very own retractable plug socket, removing the need to carry and addition cables for connection to a power source to recharge. Daniel Chin, President of Sanho Corporation and inventor of the HyperJuice Plug explains:

An iPhone/smartphone will always get 5W of power and an iPad/tablet will always get 10W, regardless of which USB port is used. If two iPads/tablets are connected at the same time, both will share the 15W power equally (7.5 W each), which is sufficient enough for iPad/tablet charging.”