SanDisk has launched a new microSDHC card which is double the size of their previous model, now with a massive 32GB of storage. We saw a similar announcement from Samsung earlier in the year, but these haven’t gone on sale yet.

This means that SanDisk will be the first to market with a 32GB microSDHC card as it will go on sale later today. This new card is designed to be used in mobile phones, cameras and other gadgets that support the format. 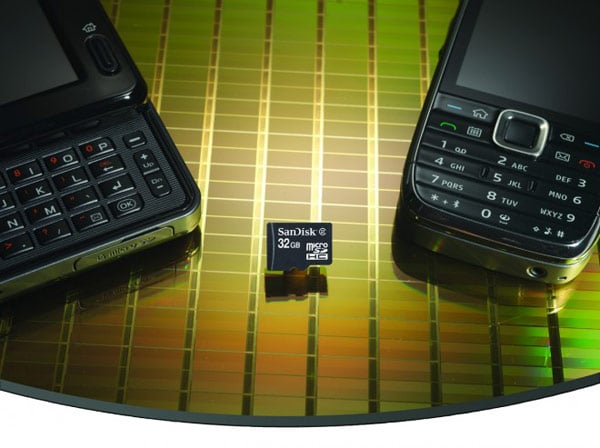 “With the large volume of photos, videos and music that consumers create and carry around, a high-capacity memory card is a must-have component of today’s smartphone,” said Sanjay Mehrotra, president and chief operating officer, SanDisk. “This is the highest-capacity card of its type, and SanDisk is pleased to be the first to ship such an advanced product. This marks yet another important first in our innovative history in the flash memory industry.”

The SanDisk 32GB microSDHC card will retail for $199, which is quite expensive when you think about it, it is almost the same price as some mobile phones.

The price will probably come down in the coming months as more manufacturers release similar cards with the same capacity.