Samsung is today celebrating its App Store passing 100 million downloads of mobile and TV applications. The Samung App Store was first opened back in June 2010 and now has a total of 13,000+ applications for Samsung users to download onto their Samsung mobile phones and TV’s.

Users in France were first place downloaders closely followed by Germany and Spain, with the three countries accounting for 40 percent of the total downloads recorded since it opened. Considering the Samsung app store is available in 120 countries worldwide that pretty good going by the Europeans. 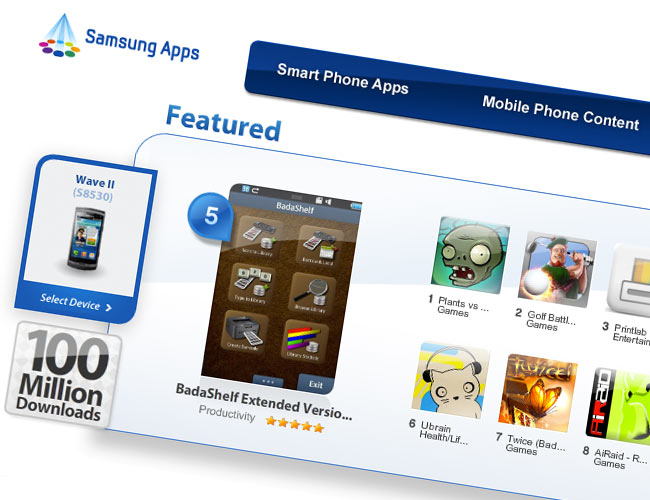 When you compare these results to the king of the app Apple however, they soon start to look a little less impressive. Apple has now reached over 10 billion downloads since it was started , with around 350,000 iPhones to choose from.

That not stopped Samsung celebrating their achievement though, and will be giving away weekly prizes, that include Samsung Galaxy Tabs, Galaxy Players, UBS sticks and vouchers for Samsung Apps for anyone who downloads an app from the Samsung Apps marketplace between March 25 and April 30, 2011.