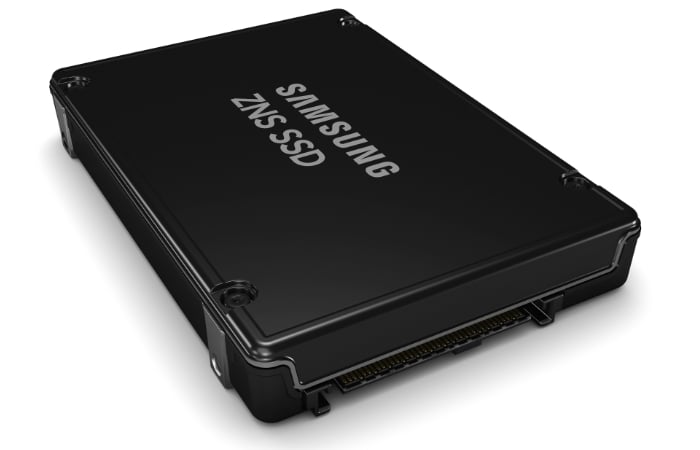 Samsung has unveiled a new addition to their range of enterprise SSD’s this week featuring Zoned Namespace (ZNS) technology and taking the form of the Samsung PM1731a SSD. Leveraging the power of ZNS, the new SSD has been created to maximize a users available capacity and offer an extended lifespan in storage server, data center and cloud environments. ZNS allows data to be grouped based on their usage and access frequency, and stored sequentially in independent zones within an SSD. Without the need to move and rearrange data, ZNS SSDs can significantly reduce the number of write operations, lowering the drive’s write amplification factor (WAF)” the amount of actual writes performed by the drive compared to writes initially instructed by the host system. The closer the WAF is to one, the more efficient the SSD and the longer it will last, explains Samsung in its press release. Samsung plans to mass-produce ZNS SSDs in the second half of the year, although no information on pricing or worldwide availability has been confirmed as yet.

“Based on ZNS, the new Samsung SSD can achieve a WAF close to one, a major improvement over typical server SSD values between three and four. This will make the drive last up to four times longer than conventional NVMe SSDs, making it a greener, more sustainable solution for server infrastructures. ZNS also allows users to take advantage of the SSD’s full capacity by eliminating the need for overprovisioning, which would have required reserving some storage space for background tasks. These improvements will enable enterprise customers to handle big data and artificial intelligence applications with much greater efficiency.”

“Samsung’s ZNS SSD reflects our commitment to introducing differentiated storage solutions that can substantially enhance the reliability and lifetime of server SSDs,” said Sangyeun Cho, senior vice president of the Memory Software Development Team at Samsung Electronics. “We plan to leverage quad-level cell (QLC) NAND technology in our next-generation ZNS drives to enable higher thresholds for storage performance and capacity in the enterprise systems of tomorrow.”