After Nokia, Samsung has announced it will hold a Samsung Unpacked 2014 Episode 1 event on February 24th in Barcelona at the Mobile World Congress later this month.

This should put all the rumors to rest that Samsung may not show up at the event, so what are we going to see later this month from the Korean giant? Well, it’s a mystery as what the company is going to unveil although there are a few possibilities. 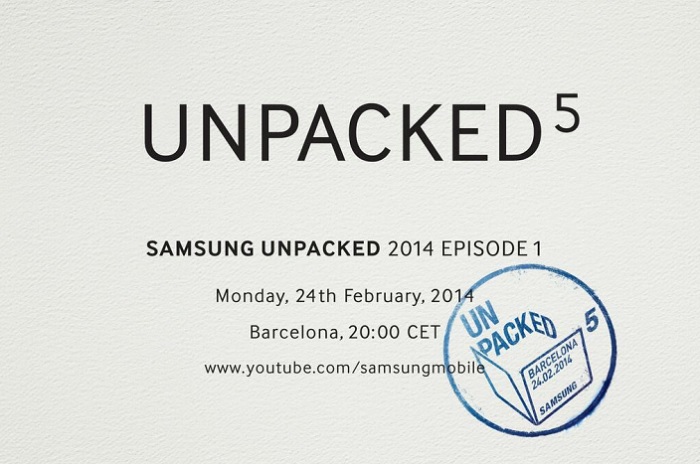 If you don’t know, Samsung usually schedule its Unpacked events to launch its flagship products, such as the Samsung Galaxy S4 or the Galaxy Note III last year. But, what the company has in mind for the Mobile World Congress? Well, the biggest possibility is the Samsung Galaxy S5, a flagship handset we’ve heard so much about in the past few weeks.

The other possiblity is that the company might showcase its Tizen operating system, which has received mix response from the tech community, with the latest rumors suggesting that more carriers are backing out of it, but you never know things might turn out to be different in the end.

The event is just a few weeks away, and we’ll find out what Samsung has planned for the event. Stay tuned.