Mobile World Congress 2014 is scheduled to take place in Barcelona, Spain from February 24th and will last until February 27th. At the event, there will be manufacturers from all over the world, showcasing their products.

While Microsoft may not be present there, Nokia is holding a press event at the Mobile World Congress 2014 on February 24th from 8:30 am to 9am local time at Nokia’s hospitality area, Fira Gran Via. Nokia has started to send out invitations to the press about the event that will take place in Barcelona. 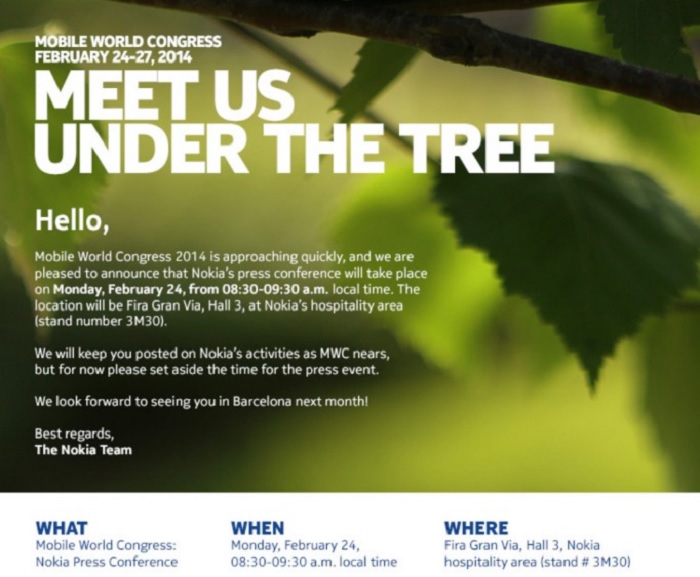 There’s no details about what the Finnish Maker will unveil at the press event, and will share more details about it as MWC approaches. Based on rumors, Nokia might unveil a number of new devices at the press event in Barcelona. Remember the code names of devices tweeted by @evleaks a few months back? Well, we might get a chance to see some of those devices at the event, or it could be the Nokia Normandy that was leaked extensively in the past few weeks.

I guess we have to wait until next month and see what the Finns have planned for its customers. We’ll update you as soon more information comes up.