Samsung has this week announced a new version of its Samsung NX300M camera will be launching with a new updated design that brings with it a new 180 degree roaring display on its rear.

The original Samsung NX300M camera launched back in March of this year after being unveiled at this years CES show in January. 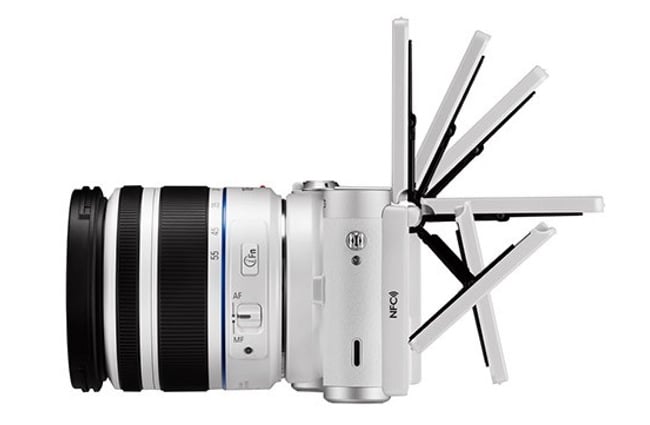 The new AMOLED touch display on the rear measures 3.31 inches in size and can now be rotated 180 degrees instead the original 90 degrees on the first version. Features of the new Samsung NX300 camera remain the same as the first and offer a 20.3-megapixel APS-C sensor, 100-25,600 ISO range.

Together with 8.6fps continuous shooting, dual-channel WiFi with SmartShare and NFC connectivity support, as well as the ability to capture 3D images and footage. The Samsung NX300 camera is equipped with a hybrid autofocus system that combines phase and contrast detection, offering users 105 points of phase AF detection and 247 points of contrast detection.

The new Samsung NX300M mirrorless camera will be launching in Korea in black., white and brown finishes and will her priced at around 890,000 won or $839 for the 18-55mm lens kit bundle.

Unfortunately no information on pricing or worldwide availability has been released as yet for the Samsung NX300M camera, but as soon as information comes to light we will keep you updated as always. 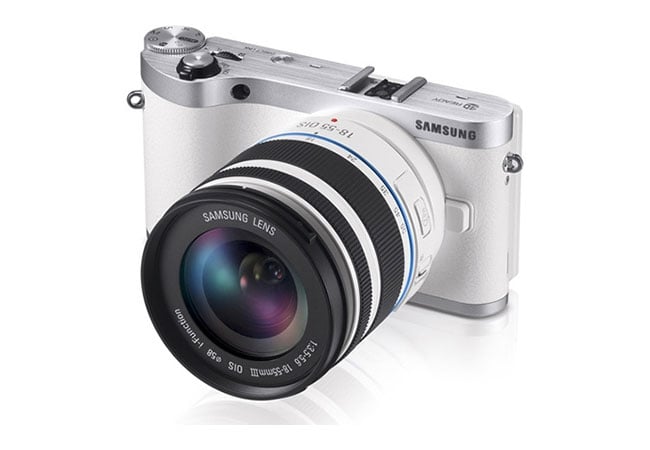