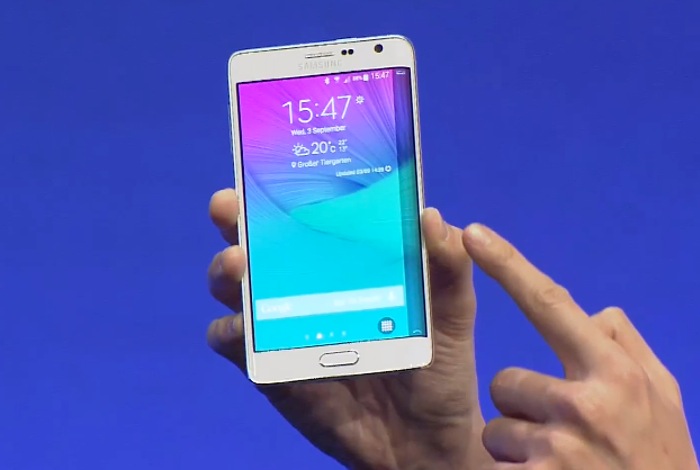 As expected during their press conference at IFA 2014 in Berlin this afternoon Samsung have officially unveiled their new Samsung Note Edge smartphone which is 3.8mm wider and 2.2mm shorter than the Galaxy Note 4.

The Samsung Note Edge is fitted with a 5.6-inch Quad HD+ curved display that provides 160 rows of extra pixels used on the curved side of the display that allows easy access to shortcuts and extra screen buttons in addition to the 2560 x 1440 resolution screen.

Other features of the Samsung Edge device include WiFi 802.11 a/b/g/n/ac and Bluetooth 4.0 connectivity together with 32 or 64GB of Internal memory that can be expanded using a microSD slot to add an additional 64GB of storage when required.

Samsung has also equipped the new Note Edge with a 3,000mAh battery with Fast Charging technology and 3.7 megapixel front facing camera for video calling, together with a 16 megapixel rear facing for video and photographs.

The SDK for the Note Edge has been made available from today by Samsung. 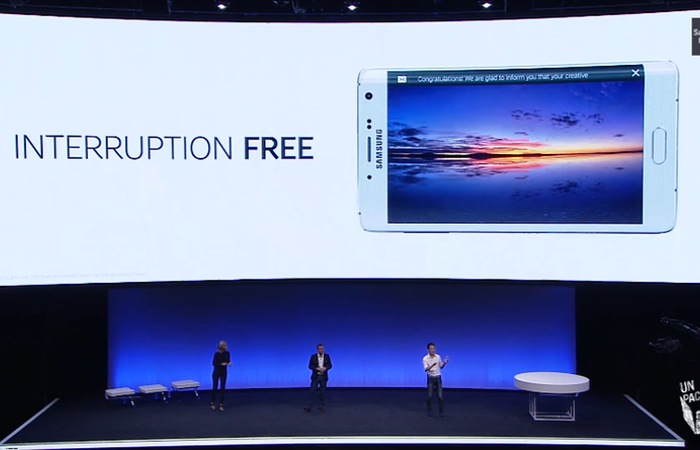