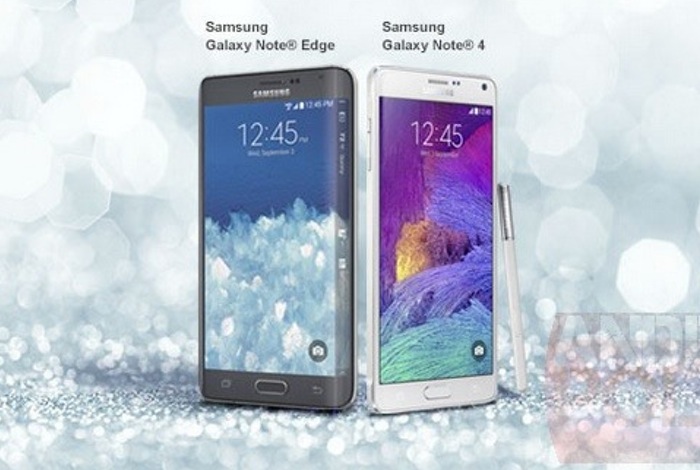 As this years IFA 2104 technology event prepares to kick off, a newly leaked image has been unveiled providing a glimpse of the design for the new Samsung Note Edge which is expected to be officially announced later today at IFA.

The Samsung Note Edge is pictured next to the new Samsung Galaxy Note 4 smartphone which has been leaked previously and is expected to be unveiled alongside the new Edge smartphone during Samsung’s IFA press conference.

As you can see from the leaked image of the Note Edge screen is curved on both the right and left sides and the display wraps around the edges. The Note Edge smartphone has been rumoured previously but very little about its specifications.

However as more information is officially announced during Samsung’s IFA event later today you can expect us to cover all the latest details, specifications and prices, as and when they are made available.

Sony is also expected to unveil its new line of smartphone devices later this afternoon, together with possibly a new Sony smartwatch. Which has been designed to compete with the ever-growing range of smartwatches currently on the market and the new generation that are expected to be unveiled during IFA and maybe even by Apple next week during its September 9th, 2014 press conference.