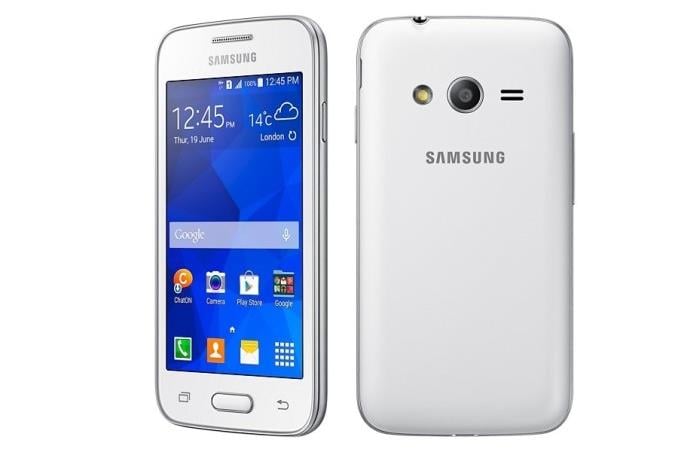 Samsung has announced yet another new handset, the Galaxy V Plus. The handset has launched in Malaysia carrying a price tag of around $80 and is available through several retailers across the country.

Judging by the price tag, the Samsung Galaxy V Plus doesn’t offer an attractive set of specifications, but can be a good option for those looking for an affordable smartphone, or a spare one.

The handset comes with a 4-inch display with a 800×480 pixel resolution, a dual-core processor clocked at 1.2GHz, 512MB of RAM and 2GB of internal storage — it’s even lower than most of the budget-friendly devices available in the market, especially the RAM.

The handset boasts a 3MP rear camera, 0.3MP front-facing camera, 3G connectivity, a 1,500 mAh battery to make sure there’s enough juice for the handset and ships with Android 4.4 KitKat as its operating system out of the box. As I said before, these are even lower than most entry-level devices, but let’s see if Samsung can sell a few of these in developing markets or not.