We have been hearing rumors that Samsung are testing out their new Galaxy S III smartphone with a range of mobile carriers, and the Galaxy S III which is being tested by the carriers is said to be housed in dummy cases to hide the actual design of the device.

Now a photo has been posted online from the guys over at Tinhte, who have revealed a number of new devices in the past which shows a Samsung device with the model number GT-i9300. 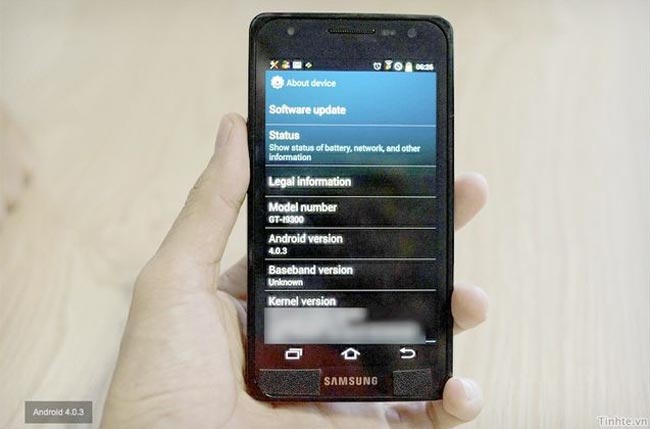 The GT-i9300 model number is rumored to be the model number for the Samsung Galaxy S III, they also posted a video, but it looks like it has now been made private and the photos have also been removed from their site.