Samsung and Google are expected to unveil the Samsung Google Nexus Prime, or the Samsung Galaxy Nexus at Samsung’s Mobile Unpacked event next week, where we are also expecting Google Android Ice Cream Sandwich to be unveiled. 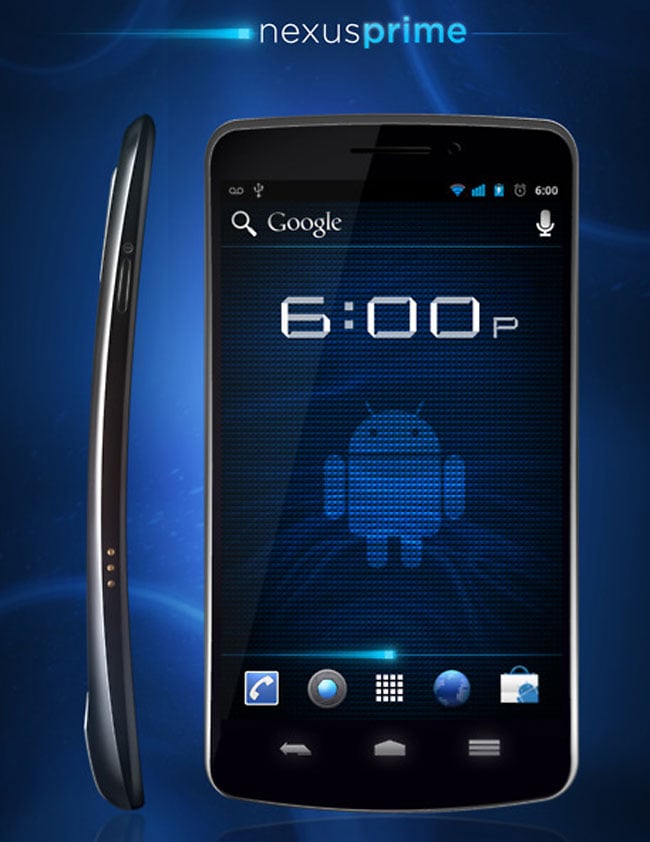 The design looks very interesting, I guess we will find out exactly what it looks like next week, so far we have heard that the Google Nexus Prime will features Android Ice Cream Sandwich, plus a 4.65 inch Super AMOLED HD display with a resolution of 1280 x 720 pixels, and the display is said to feature curved glass.

Other specifications on the Samsung Nexus Prime include a TI OMAP 4460 dual core Cortex A9 1.2GHz processor, 1GB of RAM, 32GB of built in storage and a microSD card slot.

The Samsung Nexus Prime will also come with the advanced 5 megapixel camera that we heard about previously and the camera will be capable of recording Full HD video in 1080p.

There will also be a front facing 1.3 megapixel camera, and the Samsung Galaxy Nexus will also feature LTE/HSPA support, NFC, plus 802.11 a/b/g/n WiFi and Bluetooth, plus it will come with a 1,750 mAh battery.

The Samsung Galaxy nexus (Nexus Prime) is now official, full details and specifications at the link below.