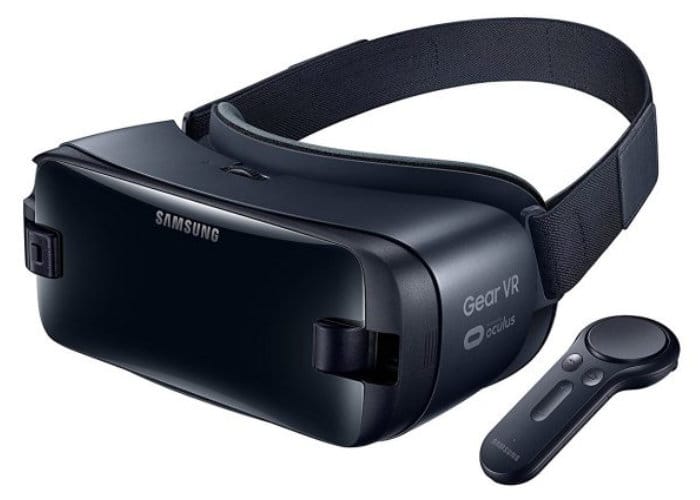 At MWC 2018 this week in Barcelona, Samsung has officially launched their new and highly anticipated Galaxy S9 and S9 Plus smartphones, which will be available to purchase during the middle of next month from March 16th, 2018 onwards. Samsung has also confirmed that the new smartphones would support the latest 2017 Gear VR headset. But unfortunately a 2018 model will not be launched alongside the new Galaxy S9 and S9 Plus smartphones as previously happened with the last generation Galaxy devices.

Samsung first launched its Gear virtual reality headset back in 2014 making it compatible with the Note 4. Since its launch Samsung has continually refresh the mobile powered virtual reality headset to fit its latest range of smartphones and has previously released six different Gear VR models. Due to the similar design and size of last year’s Galaxy S8, Samsung may not have needed to recreate the wheel yet again and release yet another new Gear VR headset. But may be concentrating on its previously rumoured stand-alone headset which would provide consumers with everything built into the headset rather than needing to rely on a docked smartphone.

As soon as any more details or specifications are announced by Samsung or leaked from third parties for the stand-alone virtual reality headset we will keep you up-to-date as always.