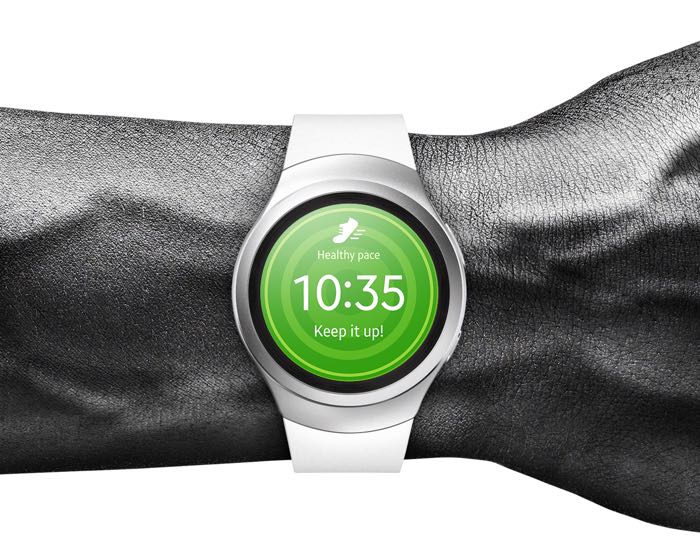 Samsung has sent out invites to a press event in India tomorrow, the company will be launching their new Samsung Gear S2 smartwatch in the country.

The new Samsung smartwatch comes with the company’s Tizen OS, the device is compatible with Android smartphones and is expected to get iOS compatibility in the near future.

The Gear S2 is equipped with a 1.2 inch circular display that has a resolution of 360 x 360 pixels, it is powered by a dual core processor with a clock speed of 1GHz, it also comes with 512MB of RAM.

The Samsung Gear S2 also comes with 4gB of built in storage an a 250 mAh battery, it is available in a range of colors.

As yet there are no details on how much the Gear S2 will retail for in India, as soon as we get some more details, we will let you guys know.