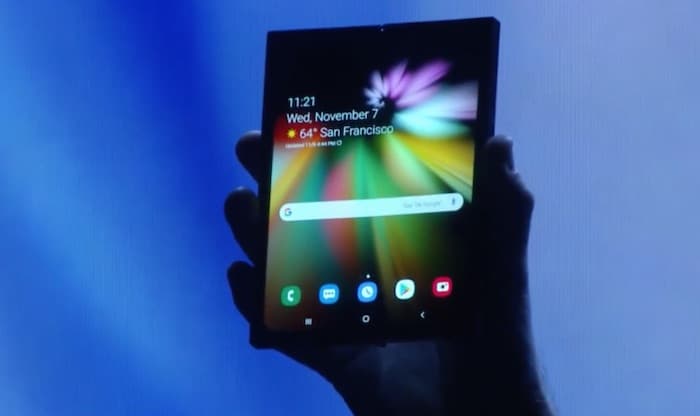 We have been hearing about the Samsung foldable smartphone for quite a while now, Samsung has now shown the device off at their developer conference and it may be called the Samsung Galaxy X.

The device was unveiled during their developer conference keynote yesterday and the device comes with what appears to be a 7 inch AMOLED display that is folded in half. 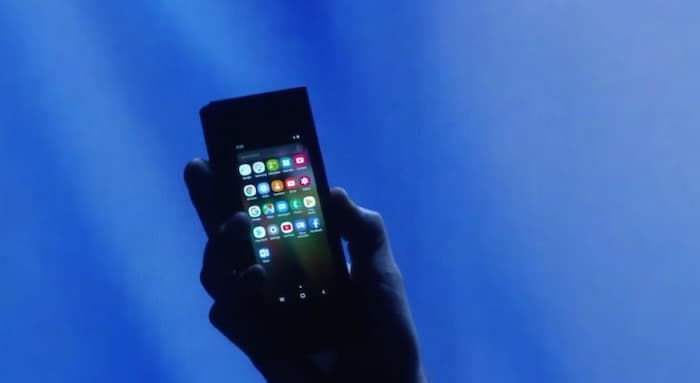 When the display is folded in half there is a secondary display that is then used for app, navigation and more. Samsung has not revealed any details about the hardware inside the device and also not revealed when it will launch.

We previously heard rumors that the Samsung Galaxy X would be launching in 2019, so we could possibly see the device officially with all its specifications at Mobile World Congress 2019 in February. You can see the display folding in half in the tweet below.