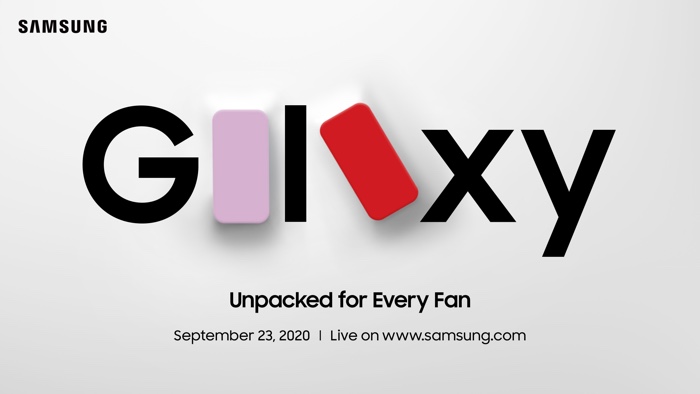 Samsung has announced that it is holding a Samsung Galaxy Unpacked  press event on the 23rd of September.

The event is titled ‘Unpacked for Every Fan’ this suggests that we are going to see the new Samsung Galaxy S20 Fan Edition smartphone at the event.

Join us on September 23 for a Galaxy Unpacked for Every Fan event. The event will be available at Samsung Newsroom, Samsung.com at 10 a.m. ET.

Visit Samsung Newsroom for regular updates ahead of the event as well as the latest device information and multimedia resources.

We have been hearing lots of rumors about the new Samsung Galaxy S20 Fan Edition smartphone and it looks like it will be available in quite a few colors from the photos Samsung has released. The colors are expected to be blue, green, pink, red, white and orange.

The event will take place at 10AM ET on the 23rd of September and it will be live streamed, you can find out more details over at Samsung at the link below.