Last month, Samsung released the Galaxy NotePro 12.2, Galaxy TabPro 10.1 and 8.4 in the US, with a word that Galaxy TabPro 12.2 will hit the retail shelves in the country some time in March.

The moment is finally here for those who are waiting for the Galaxy TabPro to hit retail in the US. Samsung has announced the Galaxy TabPro 12.2 will hit retail on March 9th in the US at select stores including Samsung’s Store, Amazon, Best Buy, Walmart, NewEgg and several others. As far as the price is concerned, it will cost $649 for the 32GB variant. 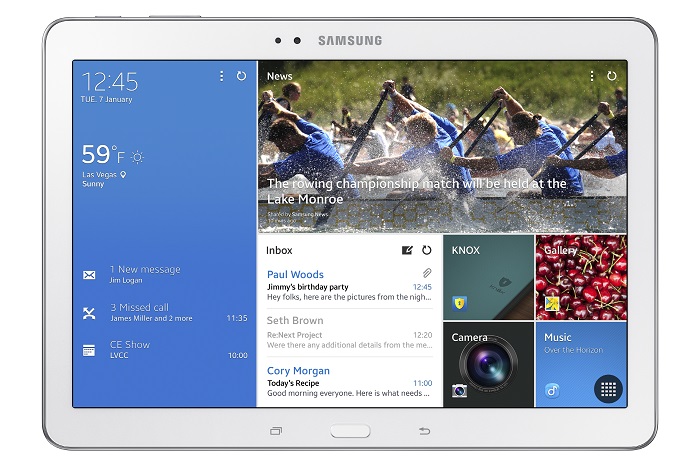 Other specifications include 32/64GB internal storage wit ha microSD card slot, an 8MP rear camera for photos and videos, a 2MP front-facing camera, Wi-Fi, Bluetooth 4.0, a massive 9,500 mAh battery and runs Android 4.4.2 KitKat with its new Magazine UX pre-installed out of the box. Samsung also promises a bunch of premium apps, services and subscriptions with the purchase.

Are you going to get your hands on the oversized Samsung Galaxy TabPro 12.2? Share your thoughts in the comments below.