UK retailer Clove has listed the Samsung Galaxy Tab for £616.88 including taxes, which works out at about $950, this is for a SIM free version, which doesn’t require a a contract, and is for the 16GB model. 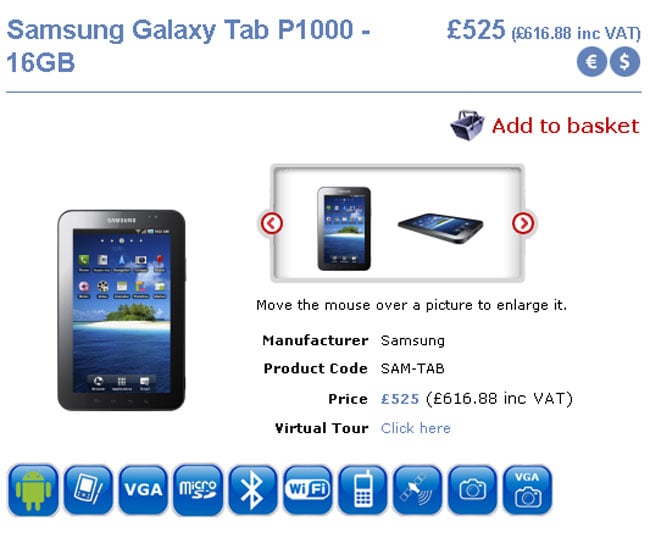 The Samsung Galaxy Tab features a 7 inch touchscreen WSVGA display, runs Android 2.2, and can also be used as a fully functioning phone as well as a tablet.

The Galaxy Tab also features a front and rear camera, and a choice of either 16GB or 32GB of storage, as soon as we get some more information on pricing and release date we will let you guys know.