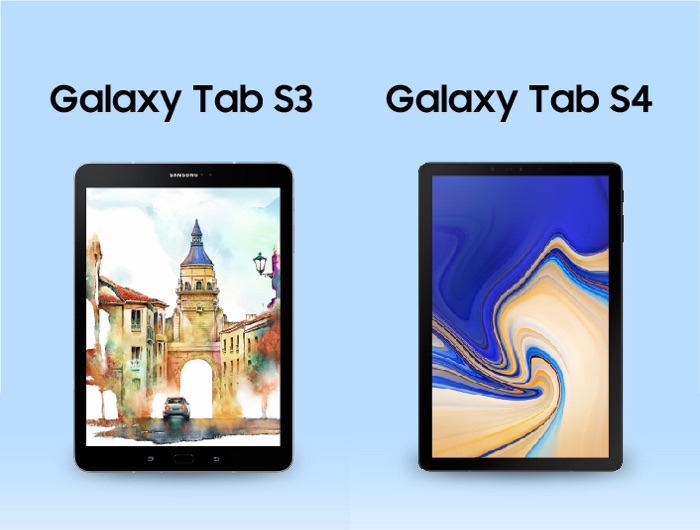 The Galaxy Tab S4 comes equipped with a wealth of enhanced features so that users can make the most out of their tablet. The Tab S4 is the first tablet to be integrated with Samsung DeX. It also boasts enhanced LTE support and smart features such as the S Pen, Samsung Flow and SmartThings for seamless productivity across all your Samsung devices. Long-lasting battery allows you to do more, with cinematic surround sound and immersive display visuals providing the very best in on-the-go entertainment.

You can see the infographic comparing the specifications on the two Samsung Galaxy Tab tablets below.