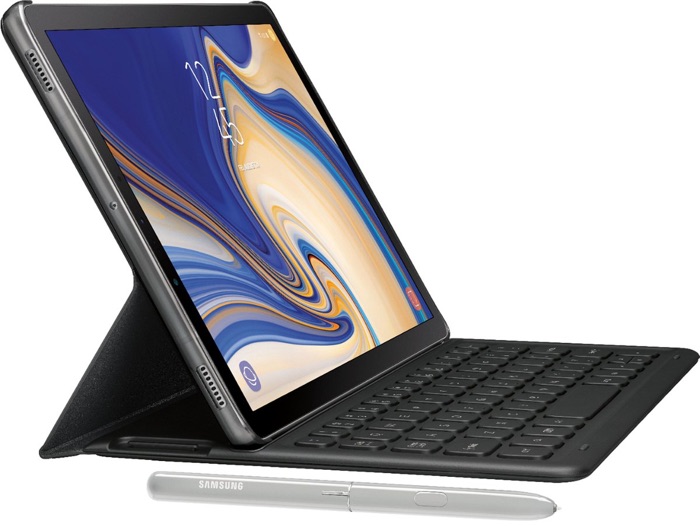 We have heard lots of different rumors about the new Samsung Galaxy Tab S4 tablet and now the device has appeared on video.

In the video below we get to have a look at the new Galaxy Tab S4 tablet, the device is rumored to come with a 10.5 inch Super AMOLED display with a 16:10 aspect ratio and a resolution of 2560 x 1600 pixels.

Other rumored specifications on the tablet include a Qualcomm Snapdragon 835 and 4GB of RAM, plus 64GB of storage, the tablet is also rumored to come with high end cameras on the front and back.

The exact release date of the tablet is not known as yet, it could possibly launch with the Note 9 next  month it may launch at IFA in September.