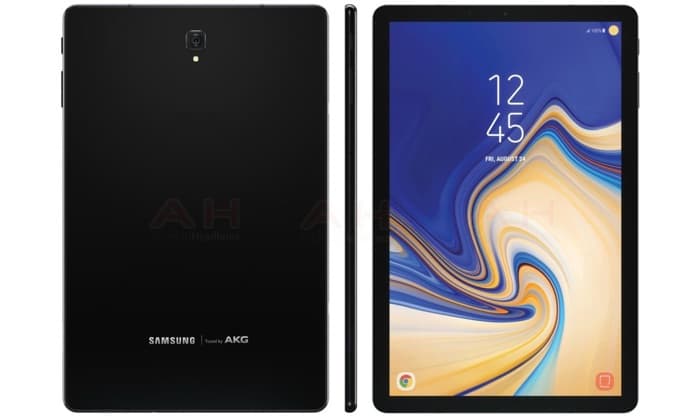 We have been hearing lots of rumors about the new Samsung Galaxy Tab S4 tablet, the picture above is a leaked press render of the device.

The picture shows the design of Samsung’s latest Android tablet, the device will be available a choice of two colors, black and gray.

We have heard various rumors about the tablet, it will apparently come with a Snapdragon 835 processor and 4GB of RAM. The tablet will also come with 64GB of storage. The tablet is also rumored to come with a 10.5 inch display with a 16:10 aspect ratio.

The exact launch date of the device is not known as yet, some rumors have suggested that we may see it with the Note 9 next month or it could arrive at IFA 2018 in September.