If you’re looking for a decent and affordable Android tablet during the holiday season, Amazon UK is offering 8GB Samsung Galaxy Tab 3 7-inch for an incredibly low price of £99. The tablet doesn’t bring top-of-the-line specifications at the table, but at £99, it is a good buy if you’re thinking about giving it as a gift to your kids or any friend for the holiday season. 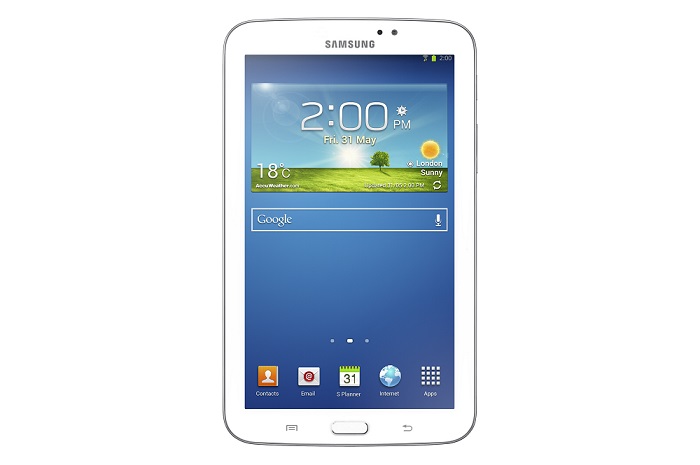 The tablet ships with a 7-inch TFT display sporting a resolution of 600 x 1024 pixels and is powered by a dual-core processor clocked at 1.2GHz with 1GB of RAM. The version on promotion comes with just 8GB of internal storage, but it can be expanded up to 64GB via microSD card.

The tablet runs Android 4.1 Jelly Bean pre-installed out of the box and comes with a 3.15MP rear camera for photos and video recording capabilities at 30fps. The tablet also features a 1.3MP front-facing camera for video calls, 4,000 mAh battery that can deliver a battery time of up to 8 hours, WiFi and Bluetooth.

The tablet cannot be classed as a high-end device, but it is a good device considering the £99. You can check out the tablet from the Amazon product listing below. Are you going to buy the Samsung Galaxy Tab 3 7.0?