Samsung announced a couple of new tablets at MWC 2012 last month, one of those was the Galaxy Tab 2 which features a 7 inch display, and it looks like we could be getting closer to the tablets release as it has just appeared at the FCC. 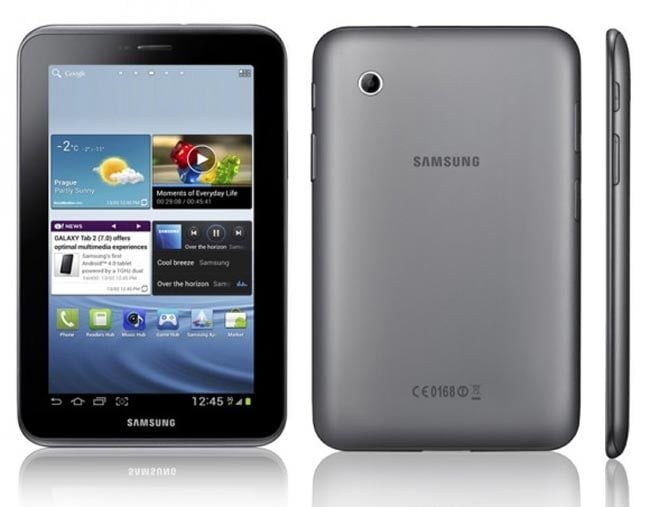 The Samsung Galaxy Tab 2 (7) features a 7 inch multi-touch touchscreen display with a resolution of 1024 x 600 pixels, there is also a dual core 1GHz processor and 1GB of RAM.

Other specifications on the device are a 3 megapixel rear facing camera, although it doesn’t feature a flash, and a front facing 1.3 megapixel camera for video chat.

The Samsung Galaxy Tab 2 (7) also features with WiFi, Bluetooth 3.0, A-GPS and a choice of either 16GB or 32GB of built in storage plus a microSD card slot, and it will feature Android 4.0 ICS plus Samsung’s TouchWiz UI.