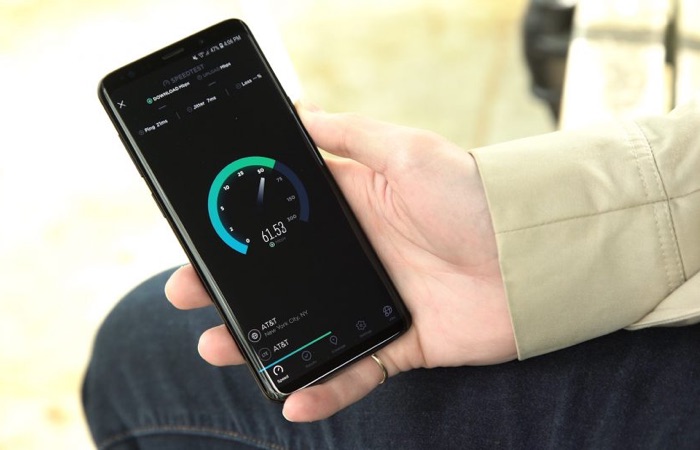 Samsung has announced that its Samsung Galaxy S9 and Galaxy S9 Plus are apparently 42% faster than Apple’s iPhone X. The comparison is for download speeds over LTE.

According to Samsung their new Galaxy S9 handsets are considerably faster with downloads than its competitors. These figures have been obtained by performing Ookla’s speed tests on the handsets.

“This summer, consumers are going to be on the road, at the beach, and relying on their phones more than ever, but without the latest and fastest network technology that’s available in the Galaxy S9 and S9+, their phones may quite literally slow them down,” said Justin Denison, Senior Vice President, Mobile Product Strategy and Marketing at Samsung Electronics America. “At Samsung, we’re constantly innovating and developing products that set the new standard for the industry. Our Galaxy owners never need to worry about whether they’re getting the best possible experience from their phone.”

You can find out more details about the speed tests that Samsung has run on their Galaxy S9 and Galaxy S9 Plus handsets at the link below.