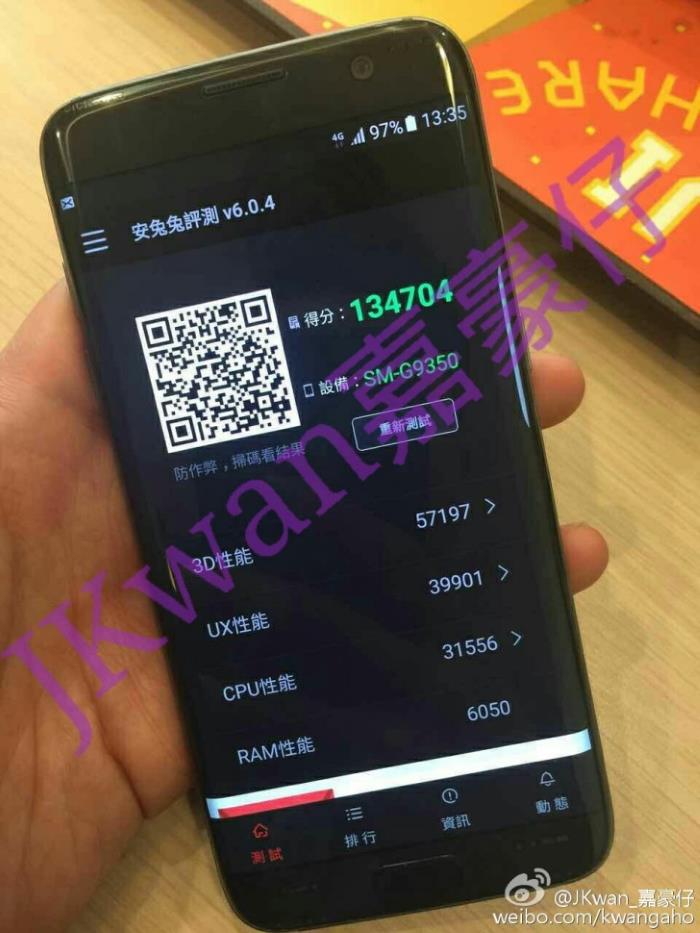 Samsung is expected to unveil the highly-anticipated Galaxy S7 and Galaxy S7 Edge later this month at the Mobile World Congress 2016.

We’ve heard quite a lot about the alleged Samsung Galaxy S7 Edge and today, the handset has posed for the camera, giving us a glimpse of how it may look like.

As rumored before, the handset will come with minimal design changes compared to the Galaxy S6 Edge , and it can be seen from the image above as well. It has the same curves and almost the same screen size as its predecessor. Additionally, the image also shows AnTuTu running on the handset, which gives us an idea of what to expect from the purported handset when it comes to its internals. If it’s real, the alleged Galaxy S7 Edge will come with a SM-G9350 model number.

Previous rumors suggest the Galaxy S7 Edge to ship with a 5.5-inch QHD display, 4GB of RAM, 32GB of internal storage, Snapdragon 820 or Exynos 8890 depending on the market, 12MP camera for photos and videos and ships with Android 6.0 Marshmallow out of the box.